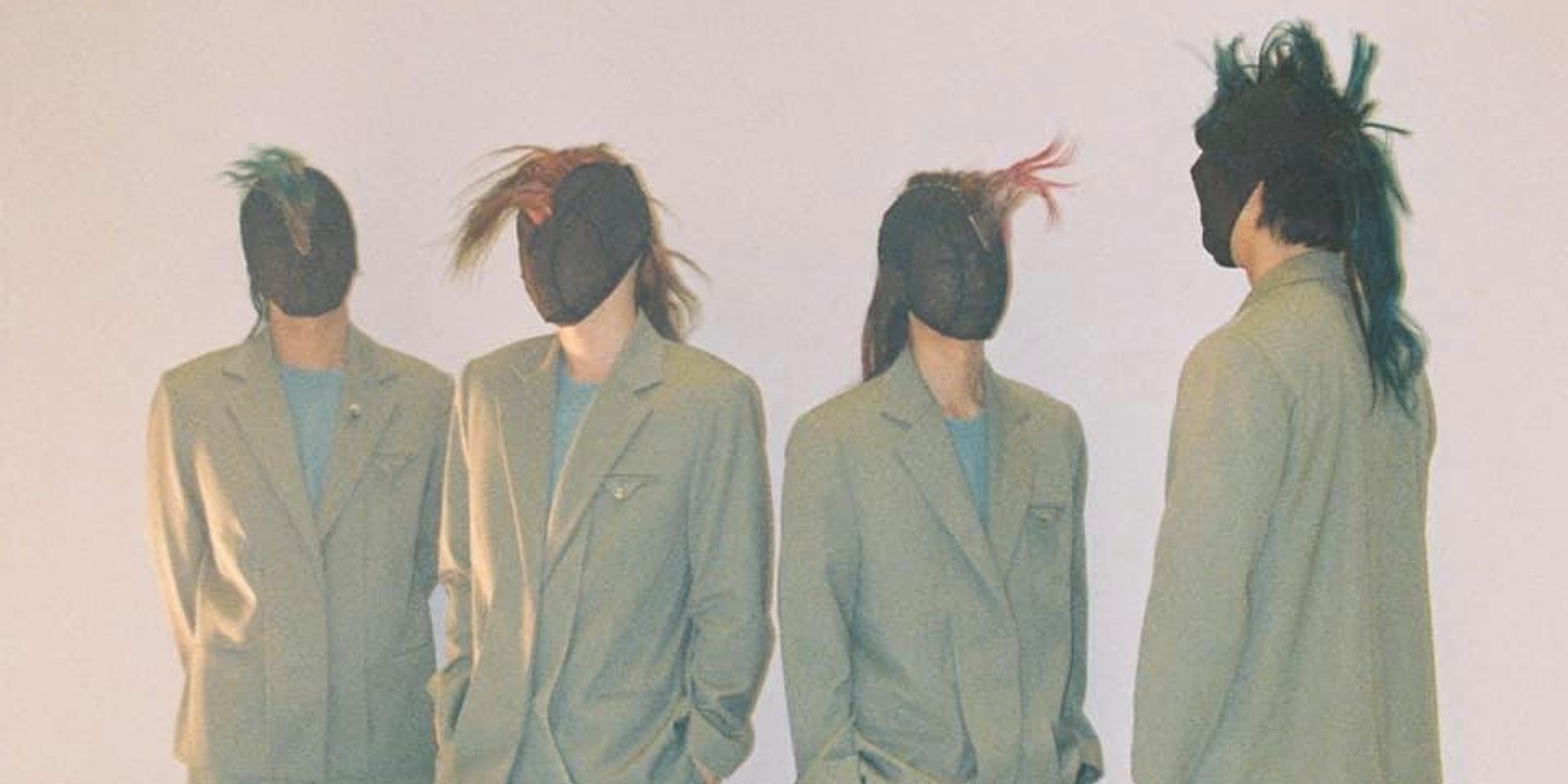 Whenever you think of Korean music and Korean musicians I’m sure k-pop and the globally acclaimed stars like BTS and Blackpink would be the first thing that pops into your mind. Taking the world by storm, their catchy songs, slick dance moves, and pretty faces undeniably have captured the hearts of millions. However, we can’t dismiss the other equally talented but lesser known Korean musicians, who are often behind many amazing OSTs in k-dramas and movies. Here are 5 Korean musicians you should keep an eye on!

If you are into indie/psychedelic rock music, you should definitely check out this power trio in Seoul made up of Hwang Soyoon (vocalist/guitarist), U Su (drummer) and Park Hyunjin (bassist). Formed in 2016, Se So Neon (New Kids) debuted their first single A Long Dream on June 20, 2017, followed by their first EP Summer Plumage in October. Their first show in the ensuing month was already a huge success. The band later won “Rookie of the Year” in the 15th Korean Music Awards in 2018. On top of that, their single of that year, The Wave, also claimed the Best Rock Song award.

Apart from rock, their music is also influenced by a wide range of other genres. It varies from lo-fi blues to synth pop and new wave – catering to all of your needs.

“We want our music to be the reflection of what we’d like to express.” — reported and quoted in an article in Bandwagon.

They use their music to tell a story. That’s why all of their albums and singles sound unique and different – they represent different parts of the story. The groovy, breezy bassline, the snappy beat played by their drummer, along with the passionate vocal – their music is raw and down-to-earth – perfect song to jam with and dance to (alone or not) on a late Saturday night with friends.

This year the band has just released their new single – Jayu, which means “freedom”.

It is about acceptance, after telling the story of the instability and alienation people are facing in the bustling city. They want this song to represent the light at the end of a dark tunnel, expressing the fact that everything “is gonna be fine” because “on this day I feel free” – and that’s what we all want, to feel like we can breathe and be released. They’re planning on carrying out a few new projects later this year. So stay tuned!

Synth/indie pop rising star Woo Hyo-eun (aka OOHYO) debuted her first EP Girl Sense on May 15, 2014. Her album, Adventure, was released in 2015 and was nominated for three awards in the 13th Korean Music Awards (2016) – Best New Artist and Best Dance & Electronic Album. Even though she did not win, it still shows the recognition she already gained.  For participation, she sings one of the soundtracks on the Korean tv show Strangers in 2017 – Downpour. Later in the year 2020, she also did one of the songs in the tv show Hospital Playlist – While Living Life.

OOHYO’s signature soft, sweet and refreshing voice paired with a jazzy beat – perfect for a lazy, chill Sunday afternoon. She began writing her own songs in her high school years, and she has included most of those songs in Girl Sense. Most of her written songs are in English, including This Is Why We’re Breaking Up and Motorcycle in the album.

Not only is her voice adorable, her singles are equally easy on the ears, such as Pizza (2017), Honey Tea (2018), Butter Chicken (2019) – don’t let the names fool you though, it is not about food. But they are just as relatable as they’re about the teenage puppy love and crushes all of us have had.

Her songs have the power to make you smile even when you don’t understand one bit of the lyrics!

What is she doing now?

She dropped her new album silence last year (2020), consisting of four songs lasting for 18 minutes. Like the name suggested, all the songs are quiet and soft. They are the kind of songs that make you want to curl up with your blanket and fall soundly asleep with her music on. Three weeks ago, she released her first poem video Wisdom Teeth on Youtube.

Where to find her? 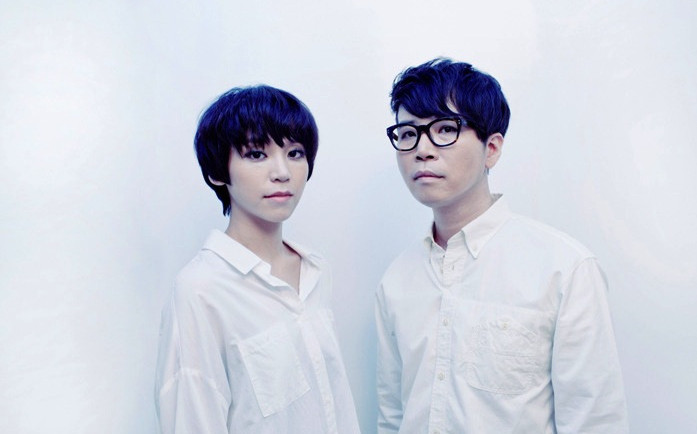 Racing back to twenty years ago, the electronica/lounge duo, Jun Oh Lee (producer/composer) and Lee Yoong-Jin (vocalist), debuted in 2003 and released their first album, Cheolgabhokseong, in the same year. They have six albums in total. Even if you didn’t know about Casker before, you must’ve heard of their voice in one of the classic k-dramas, Coffee Prince (2007). They sing the song Mocha in that drama.

Listening to Casker’s music is not merely just listening to a song, but they take you on a journey. Their music is chill. It’s mellow. It’s gentle and warm. Yoo-Jin’s soothing voice along with the blending of other tranquilizing sounds make you feel like you’re floating on air.

But despite their immense talents in creating melodic music, they want us to focus on the emotions to they pour into the songs:

“Our main theme is not electronica. We believe that various feelings that are derived from personal grief, relationships and sympathy ought to be reflected in our music.” – quoted in Seoulbeats

Like Se So Neon, they use their music as a way to express, and to find resonation from their listeners.

Another interesting thing is that a few of their songs have elements of Latin. For example, Ela (Bajo de la Luna) in Skylab has the sounds of maracas* and latin style of drumming and piano forming the basis of the song.

*maracas: a musical instrument used in many Latin songs.

Casker has released many songs over the two decades, including the single, small one, they released this year – another song you could opt for next time you’re on a train ride back home or when you’re feeling down in the dumps

Jumping to a whole other genre – underground rap/hip-hop indie duo 0Channel (DJ/producer) and Colde (vocalist/composer) entered the music scene on August 24, 2015 along with their first album mood, which was only available on soundcloud. The realease of mood had helped the group gain a decent amount of enthusiatic followers. Undoubtedly, their succeeding single gold (feat. DEAN) has made a splash, and thus won R&B track of the year in the Korean Hip Hop Awards in 2018.

If you like R&B, this is the band for you. Try closing your eyes while listening to their music – it will transport you to another world. And your body would can’t help but move along with it. They are one of a few bands that create visual music, which means music that paints a picture in your mind with the help of real-life sounds infuse into it. For instance, one of the tracks in mood, Bambada, has the sound of waves and seagull sprinkled into the song. The music video also shows images of the beach during night time. All of that, plus the dreamy voice of Colde, makes us feel like we are actually sittin’ on the beach, listening to the sea waves and wind. Very aesthetic.

Unfortunately, the band has not been active lately. As they have been trying to explore and work with other musicians, like Stally and APRO, separately. Hopefully, they’ll make a come-back soon!

Last but definitely not least, we are ending our list with another Korean rock sensation – HYUKOH. The band consists of Oh Hyuk (vocalist/songwriter/guitarist), Lim Hyun-jae (lead guitarist), Im Dong-geon (bassist), and Lee In-woo (drummer). They debuted on September 18, 2014.

Being on many world tours, such as the 2017 North America Tour, HYUKOH is pretty internationally known among the other Korean musicians. They also performed in the 2019 Coachella Valley Music and Arts Festival.

The quadro has won awards left and right as well. It all started with winning the Top 10 Artists award in the 7th MelOn Music Awards in 2015, which marks the recognition they already earned at the beginning of their music path. Later on, they even claimed the Best Rock Band Award in the 32nd Golden Disk Awards in 2017. On top of that, they’ve gotten awards like “Song of the Year” in the 15th Korean Music Awards in 2018 (Tomboy), among so many other ones.

The crisp guitar riffs, effortless deep bass lines with punchy drumming – how can you not bop your head listening to it? Their songs like LOVE YA! (2018) and TOMBOY (2017), literally make you feel like how they write the name – uplifted, hyped, and ready to take on the world. Whereas jazzy songs like Jesus lived in a motel room (2017) just makes you wanna snap your fingers to and grab someone to dance with.

If you have listened to all of their music, you would know that they are not conformed to one single genre. Therefore, good-ol’ traditional rock and roll / metal is not their only specialty. The band also have the mellow end of rock music like Gondry (2015) and Mer (2015), with softly strummed guitar and bass along with Oh’s smooth and unpolished voice -it is like he’s whispering sweet nothings into your ears. And the harmonies and beautiful falsetto – ooof – it makes you feel completely relaxed and at ease.

Since our singer Oh speaks three languages (Korean, Mandarin, English), their songs are a mix of Korean, Chinese and English lyrics. But honestly, no matter if it is a language you know or not, they would equally make you wanna sing along – this has gained them millions of fans from all around the world.

Their latest release is the full-length album Through Love in 2020. It is a mixture of electro and calmness – suiting their dynamic musical style. The six tracks take us on an 8-minute journey, giving out different vibes on each stop.

HYUKOH originally planned on taking a world tour in February 2020, having concerts around Asia, Europe, North America. However, the concerts in most of the places got cancelled because of COVID. In order to compensate that to their fans, they have done an online world tour instead on March 27th to 28th. You can check it out on their Youtube Page. Besides that, Dong-geon (bassist) got enlisted for the mandatory military service on April 20, 2021.

Which Korean Musicians have caught your eyes?

No matter what your music taste is, I’m pretty confident that you would find Korean musicians and songs you like on this list! Time to log out of the stressful real world, and immerse yourself into the music world.

If you want to know more about Korean music or Korean culture in general, feel free to check out our Blog Page!