BTS Made History With “Dynamite” at the Grammy’s 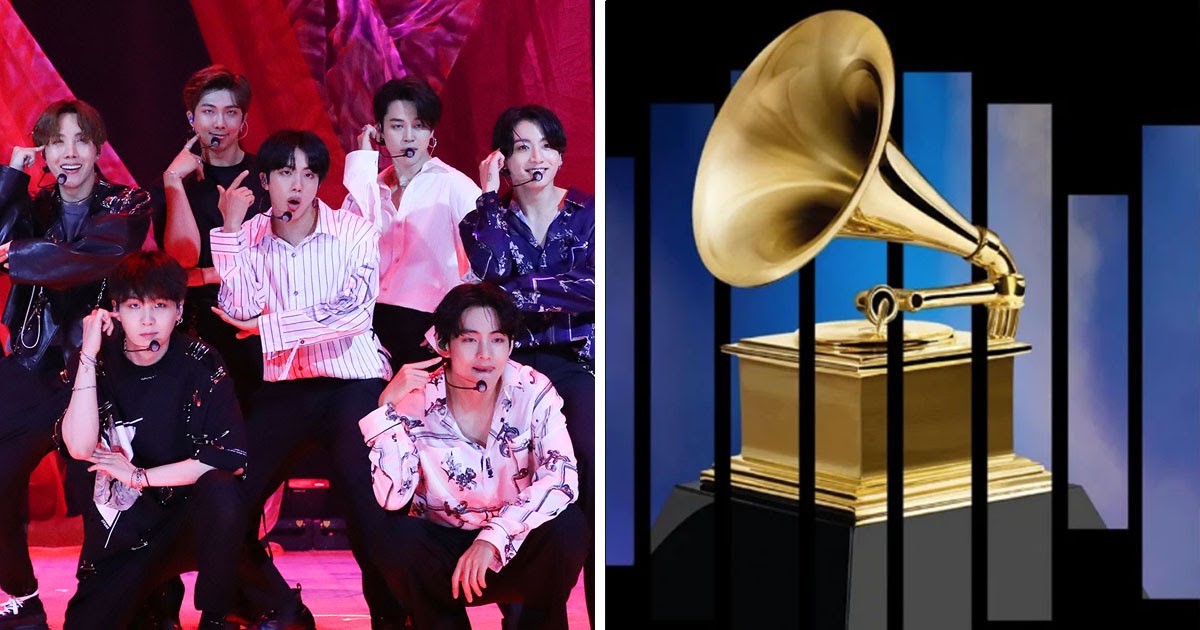 The worldwide phenomenon, BTS, continues to break barriers, and this time, at the 63rd annual Grammy’s. Not only were they nominated with “Dynamite,” the boys also had their own special stage at the prestigious award show.

Journey to the Grammy’s

It’s not an exaggeration to say every artist in the world dreams of getting a Grammy, or even just nominated. BTS is no exception. During their “Love Yourself: Tear” era, BTS did an interview with Billboard. The interviewer asked them what’s next and member Suga shyly responded with “Grammy.” At the time, the boys chuckled to themselves, thinking how impossible that dream was. The group also did an intimate interview with the Recording Academy later in 2018 where the interviewer mused that a BTS appearance at the Grammy’s could be in the near future.

As fate would have it, in 2019, the academy asked them to present the award for Best R&B artist. They became the first Korean act to present at the Grammy’s. In his speech, leader RM famously said “We’ll be back.” And indeed they were back. In 2020, Lil Nas x released a remix with RM of his hit “Old Town Road.” Since Lil Nas X was a nominee for the Grammy’s that year, he asked RM to perform a mash-up of all the remixes. Of course, RM couldn’t leave the rest of his team so the group became the first Korean act to perform at the award show. They performed alongside Billy Ray Cyrus, Diplo, and Mason Ramsey.

On November 24, 2020, the Recording Academy released its official list of nominees for the 63rd annual award. BTS snagged a spot as a nominee for Best Pop Duo/Group Performance for their smash hit, “Dynamite.” They became the first-ever Korean act to be nominated for a Grammy. BTS posted a video of their reaction to the nomination on their official Twitter page. Fans could see how nervous the four members ( RM, Jimin, V, and Jungkook) present during the video were. They each held their breath as the nomination list dropped. It was a sweet moment as the boys waited with their loyal fanbase, ARMY.

And of course, ARMY were ecstatic about the news. They had been manifesting this ever since member Suga brought it up in that Billboard interview back in 2018. ARMY congratulated the boys through Twitter, causing BTS and Grammy’s trend globally. They’ve tweeted out how proud they are of the boys’ hard work.

It was only a matter of time for BTS to receive their Grammy nomination since their success is undeniable. When BTS released their latest album, BE, “Life Goes On” was the first non-English track to debut on the Billboard Hot 100. “Dynamite” topped global charts and was played on major radio stations in the U.S. The group was also the fastest group to earn five No. 1 albums, surpassing The Beatles. They were also the first group to have two albums at the top of the chart in the U.S, with Map of the Soul: 7.

Before their much-anticipated Grammy appearance, BTS did an interview with USAToday. “Whether we get the Grammys or not, we already got what we wanted, and we got you [ARMY], so that means we got everything,” RM said.

BTS at the Grammy’s

Despite being on a different continent, the 7 members still blessed the red carpet in a sophisticated all Louis Vuitton look from South Korea. RM adorned a stylist sweatshirt while the rest of the boys opted for more formal wear. Sadly, BTS did not win their first Grammy. Lady Gaga and Ariana Grande’s “Rain On Me” won the category. While ARMY were evidently upset on Twitter, they were still proud of the boys’ achievement. One fan wrote, “It’s Grammy’s who lost BTS.” And you know nothing can get in the way of the group putting on a stellar performance.

And boy, what a show they put on. Dressed in their usual colorful suits for “Dynamite,” the boys took their performance through multiple sets in South Korea. There was a chandelier made of flowers, a recreation of the Grammy’s set, and they even performed on the rooftop of a building. Despite the tiring choreography, BTS’s energy never dwindled and their dedication to their craft prevailed. This is what a Grammy performance should be.

ARMY took Twitter to voice praises about the performance, reaffirming that BTS has made history.

What Does This Mean for K-pop?

Over the years, many have praised BTS for breaking barriers to allow K-pop and Hallyu to broaden their market across the sea. The members hope that to continue diversifying the global music industry. “There are so many artists in Korea besides us who put out great music,” member Suga said in an interview with Grammy’s. “And I’m sure there are even more on a global scale.” Despite their loss, this just means the sky is the limit for them and K-pop alike.

As a longtime ARMY, I am incredibly proud to see the group finally getting the recognition they deserve. Amidst their success, they never once lost sight of their core values of spreading kindness and self-love. They continue to be humble while combatting hardships in the industry, which makes me admire them even more. While I felt upset that they didn’t win, especially for a performance category, it doesn’t make me any less proud of the group. They have come so far since their debut in 2013 and I’m ecstatic to have been with them since the beginning.

Let’s see what happens next year, but regardless, BTS will continue to do their own thing. With or without a Grammy, they are still 7 boys who are loved by billions.

Get to Know BLACKPINK Rosé and Her Debut Album