First, is 달토끼 or the Jade Rabbit. You find the Rabbit by looking at the moon. When the formation of the craters comes together, the Rabbit sits with its pestle. A pestle is a tool with a rounded end to grind substances such as spices. People believe that Rabbit pounds its grinder for rice cakes. The Jade Rabbit started as a Chinese legend but was adopted by Korea, finding a home in their folklore. Also, the Rabbit serves as a symbol for the mid-autumn festival Chuseok.

The Jade Rabbit in Korean Entertainment

Now, one recent use of Jade Rabbit in Korea we will discuss is in a music video. The K-Pop boy band, B.T.S., released a music video IDOL in 2018. In the song, the boys thank their haters for talking about them. For example, “if you get cursed a lot, you will live longer” (욕을 많이 먹으면 오래산다). They use this line to intertwining the Jade Rabbit legend. Also, the image of the Jade Rabbit on the moon appears in the video (2:13). Also, the members are chanting “tokki” (토끼) in the background. “Tokki” means “rabbit” in Korean, and sounds a lot like the English word “talking.”

Second, will be a creature called a Gumiho or 구미호. The gumiho is a Fox-like creature that transforms into a beautiful woman. Then, the woman lures men so they may devour his liver. While it seems unchangeable, there is a way to turn into a human. You see, if a gumiho refrains from eating human flesh for a thousand days, they will no longer transform back into a fox and stay a human being forever. 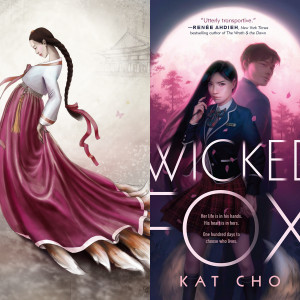 Left: Drawing of a Gumiho by Alina Ageeva. Right: Cover of “Wicked Fox” by Kat Cho.

The Gumiho in Korean Entertainment

Further, a Gumiho is a familiar creature to see in entertainment. A more recent example is a novel by Kat Cho. In this novel titled Wicked Fox, the main character Gu Miyoung is an 18-year-old Gumiho. We start on a full moon, Miyoung runs into a human boy Jihoon. After rescuing him from a goblin attack, she loses her fox bead. Following, we see a shaky friendship blooms between Miyoung and Jihoon. Then, Miyoung discovers she must choose between her immortal life and Jihoon’s if she wants her bead back.

Third, we will talk about 도깨비 or Dokkaebi. This goblin-like creature forms from blood falling on a discarded object. Unlike other goblins, Dokkaebi’s do not resemble human beings in the slightest. Moreover, they change their physical appearance always to strike fear. What does the Dokkaebi do? They are known as tricksters. One Dokkaebi past time is challenging travelers to wrestling matches. If the Dokkaebi wins, then the traveler must return from where they came stopping them from traveling on. 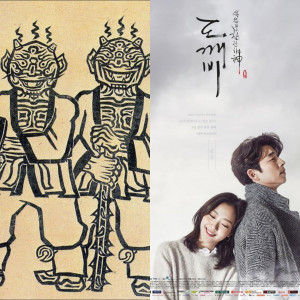 The Dokkaebi in Korean Entertainment

Dokkaebi’s are also common in modern entertainment. Specifically, they are common in Korean dramas. The most recent and famous example is the Guardian: The Lonely and Great God. This drama stars Gong Yoo as a Dokkaebi. Unlike traditional mythology, this version of a Dokkaebi is a  wonderous immortal god. Finally, the kdrama focuses on his search for a bride to end his misery in life. This show has sparked fashion trends as well as an interest in mythology.

Fourth, is a spirit, precisely, the 귀신 or Gwisin. This spirit or ghost is most commonly a female. Then, they are known to haunt uninhabited areas. More likely, abandoned villages and buildings. The Gwisin exist and wander the earth because they have unfinished business. How do you know if you’ve seen a gwisin? Typically, a Gwisin has long, black hair hanging over their faces and wear white dresses. 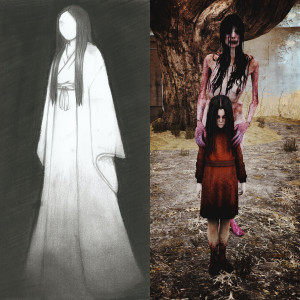 Left: Drawing of Gwisin by DeutschesPanda. Right: Screenshot of Alma from F.E.A.R.

The Gwisin in Korean Entertainment

For this mythological being, we’ve picked out a video game. F.E.A.R. First Encounter Assault Recon is a first-person survival horror game. Monolith Productions developed it. Also, released on October 17, 2005. Moreover, the Gwisin is called Alma. Craig Hubbard, the creator of the game, stated that Alma “… was born out of a tradition of eerie, faceless female ghosts.” Alma is seen initially as a young girl in a red dress. However, as the game develops, she changes to a young lady in a billowing white dress. Then, we get flashes of her in her “hag” form with a tattered, dirty white dress making her appear more like a Gwisin.

Last but not least, the Mul Gwishin or 물귀신. A Mul Gwishin is another type of ghost. To clarify, they are ghosts who inhabit the water. Most commonly, they are victims of accidental drownings. They cannot leave our realm as the body of water where they died chains them to our domain. The Mul Gwishin do not realize they are dead. Therefore, they will pursue other swimmers for help or company. People claim that when a Mul Gwishin reaches you for help, they often drag you down with them. 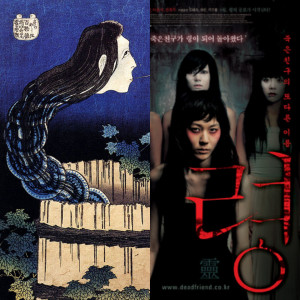 The Mul Gwishin in Korean Entertainment

Finally, Mul Gwishin’s are in movies across the world. In Korean, the horror movie “Dear Friend” originally titled Ryeong. In this movie, a Mul Gwishin is out for revenge. First, a group of high school girls used a traditional Korean bunshinsaba (ouija board) to conduct a séance. Then, after visiting a spring in a forest, one girl gets killed by the Mul Gwishin. Moreover, watch this 2004 Korean horror movie to find out why Min Ji-won, who is suffering from amnesia, is haunted by weird visions.

Want more information on the Korean entertainment industry? Check out KWorldNow. One suggested article is Mental health within the K-pop Industry.