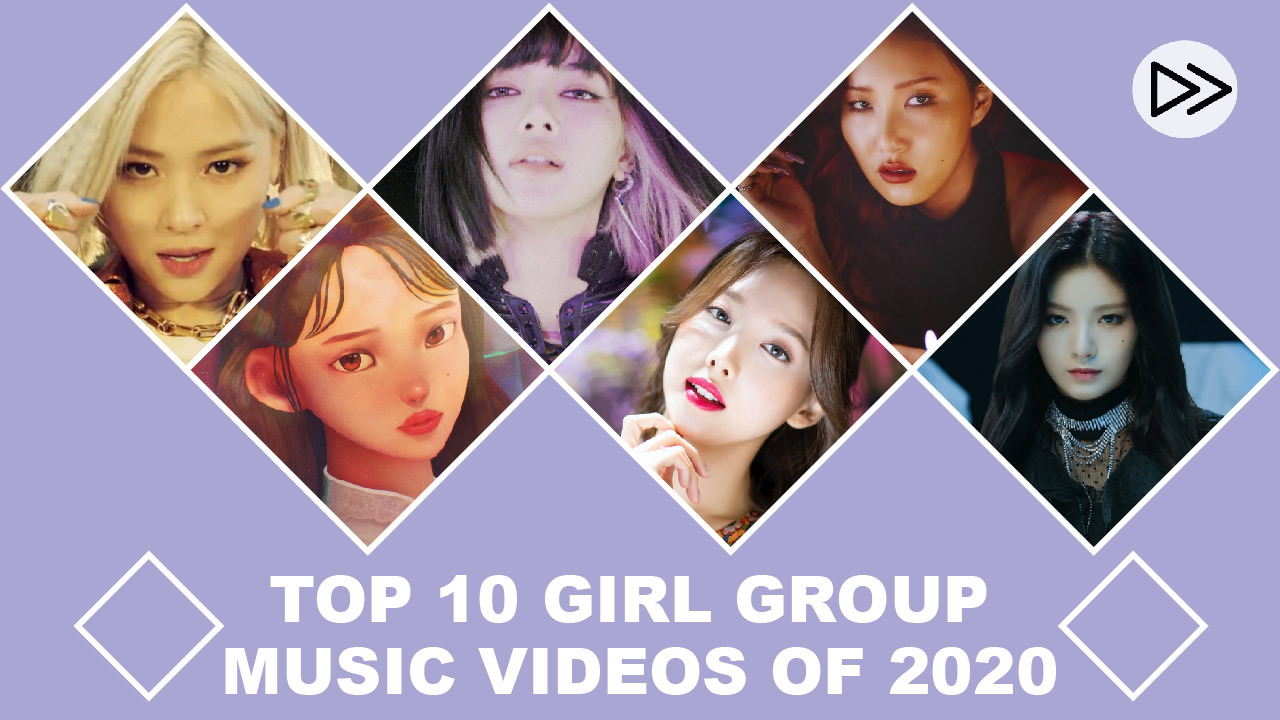 Girls can do it all, from sweeping the charts to breaking Youtube. Here are the most viewed K-pop female soloist and group MVs of 2020.

The much-anticipated collaboration between Korea’s little sister IU and BTS’s Suga did not disappoint. The semi-animated MV has over 107 million views on Youtube. “Eight” was IU’s first single released since her latest EP “Love Poem.”

ITZY continues to blow fans away with their fun and energetic comebacks. “Not Shy” is no different. As part of their new EP, the MV for “Not Shy” has nearly 122 million views on Youtube.

Continuing on her successful career as a solo artist while still being part of MAMAMOO, Hwasa released her anthem “Maria.” The MV has been viewed over 123 million times.

Haunting and hypnotizing, “Oh My God” is one of (G)I-DLE’s most powerful comeback. It’s different than the other styles we have seen the girls do. The group also released an all-English version of the song. The MV has around 132 million views on Youtube.

If there’s one thing you can depend on with Twice is that they will release new music on time.  The official MV for “I Can’t Stop Me” has an impressive amount of views, 161 million to be exact. The song is part of the group’s studio album “Eyes Wide Open.”

Everglow’s latest February comeback included this lead single, “Dun Dun.” It’s on-brand with the group’s ability to showcase both their singing skills and standout despite having so many members. The MV has nearly 174 million views on Youtube.

Another thing you can count on Twice for is catchy, upbeat songs. “More & More” was originally written for American singer Zara Larson, but she felt that Twice would be a better fit. The MV has been viewed over 215 million times on Youtube.

Another strong comeback for ITZY. The multi-genre mix gives ITZY the youthful and fresh vibe fans adore. The MV for “Wannabe” has over 245 million views on Youtube.

This is Blackpink’s second comeback of 2020. “Lovesick Girls” is the lead single for their first-ever full-album. Fans have been eagerly waiting for this release for three years and Blackpink did not disappoint. The MV has around 282 million views on Youtube.

And at number one is also Blackpink. “How You Like That” highlights the group’s ability to be fierce and strong. This single was released in June of 2020 as part of Blackpink’s promotion for “The Album.” The MV has an impressive view of 984 million.

Let us know your thoughts on the most viewed K-pop female soloist and group MVs of 2020.