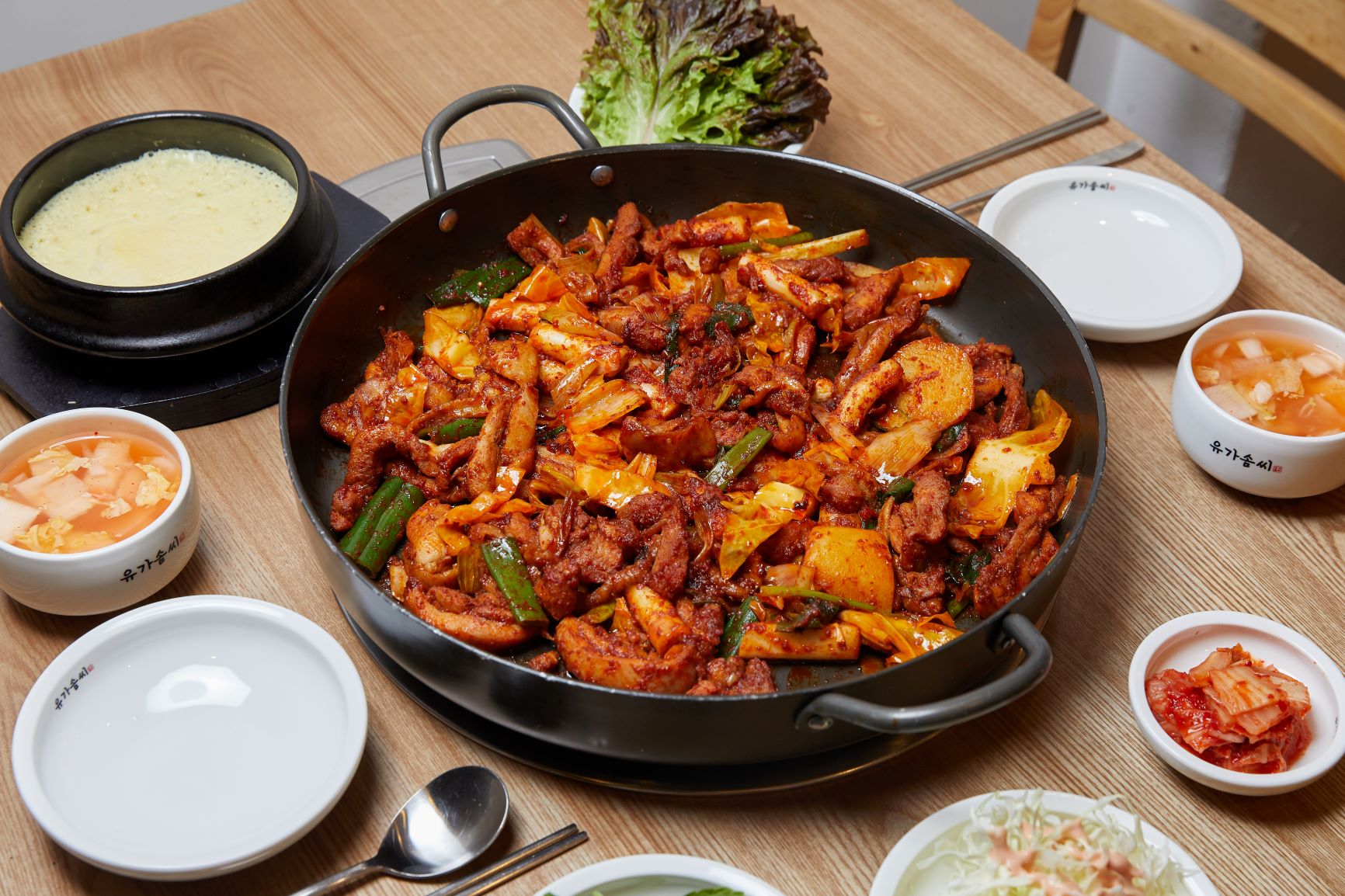 Korean food is known for bringing people together. Whether it is eating or cooking the food. It brings friends… family… everyone together. One popular dish that is a staple of korean food is chicken dakgalbi. A new restaurant chain in South Korea, Yoogasomsee, aims at exemplifying the concept of sharing food with those around you and the experience that comes with it. They’re putting a modern spin on the original chicken dakgalbi experience.

What is Chicken Dakgalbi?

Chicken dakgalbi (or just dakgalbi) is a Korean stir-fry dish that includes chicken seasoned with red pepper paste (gochujang) and mixed with cabbage, sweet potatoes, rice, and a few other ingredients. It originated in Chuncheon as a more affordable meal for soldiers and students alike. It gained popularity from being cheap and from its ability to be made in large quantities.

The original creator of this chicken dakgalbi recipe, Gweon Soon Ok, made this recipe by expanding on an already existing recipe from her parents. Her grandparents had their own dakgalbi restaurant in the ‘80s, so it makes sense that she herself would get into the business.

Further, once she became a mother, she enjoyed cooking food for her children and their friends. They appreciated her food a lot, so this made her love cooking that much more. And, today, she is the original founder of two restaurant chains—Yoogane and Yoogasomsee. 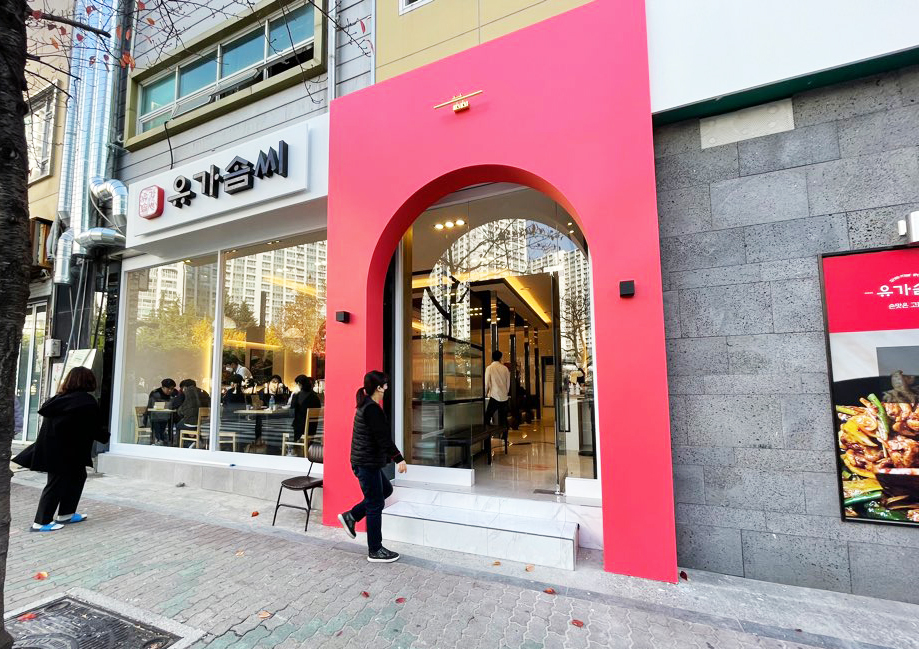 Compared to the mother’s first restaurant chain, Yoogane, Yoogasomsee brings a modern spin to the chicken dakgalbi experience. With the help of her children, Gweon Soon Ok is purposefully bringing a homely feeling to her restaurants. In an interview, she explains it like this: (translated) “I’ve served each customer with a mother’s heart, like giving them more as they enjoy the food. Sticking to this principle, I could launch the new brand ‘Yoogasomsee.’” You can watch this interview below.

With her first restaurant chain Yoogane, Gweon Soon Ok had to open it by herself in 1995. This restaurant chain holds the concept of classic food and bringing people together with the affordable price. It’s one of the largest restaurant chains in South Korea with 300 branches. You can read more about the Yoogane restaurants here on a post from the Seoul Guide.

Now, with the help of her children, Yoogasomsee is bringing new innovations to the original dakgalbi concept. However, the recipe still remains the same because Yoo Jae Jin and Yoo Belle want to carry on their mother’s legacy. Yoogasomsee will bring a classic food to the masses by making it more modern and by spreading it further than South Korea. Thus bringing the impact of Yoogasomsee higher than Yoogane’s.

Dishes at Yoogasomsee and the Chicken Dakgalbi Variations They Offer

Of course, the main dish at Yoogasomsee is Chicken Dakgalbi. But you can get this dish in a few different variations—including regular, spicy, and soy sauce. You can also get it with fried rice, vegetable fried rice, or shrimp fried rice. And don’t forget the toppings! With Chicken Dakgalbi, you can add various types of noodles and cheese if you’d like.

If you want to check out their menu, you can visit their website here.

And here are a few more pictures, directly from Yoogasomsee, of their amazing food to get your mouth watering:

Though Yoogane, Gweon Soon Ok’s first restaurant chain, spread throughout South Korea very successfully, Yoogasomsee is expected to go farther than that. Gweon Soon Ok and her children are pushing the modern day concept by adapting the restaurant to the online world and providing their dishes in places other than their restaurants. Dakgalbi will finally receive the global recognition that it deserves.

They are implementing home replacement meals within South Korea so that many more people can enjoy their food. And, soon enough, they will start selling their products on Amazon. It’s expected that their products will be on Amazon around summer time, so keep an eye out for that. No matter where you are you will be able to enjoy this delicious dish.

You can visit their website at yoogasomsee.com. However, the website is in Korean, so beware that you might have to deal with the automated translation from Google. That is, if you can’t read Korean.

Yoogasomsee definitely brings a unique experience to eating Chicken Dakgalbi, so you can look forward to it! There are currently four restaurants open throughout Busan and a new branch is making its way to Seoul. If you’d like to read more about Yoogasomsee, and find out where those branches are located you can check it out on their website.

If you’d like to learn more about other Korean foods, you can check out our Food Section. We’ve written about a wide range of traditional Korean foods, so I’m sure you’ll find one or two that’ll be worth trying!