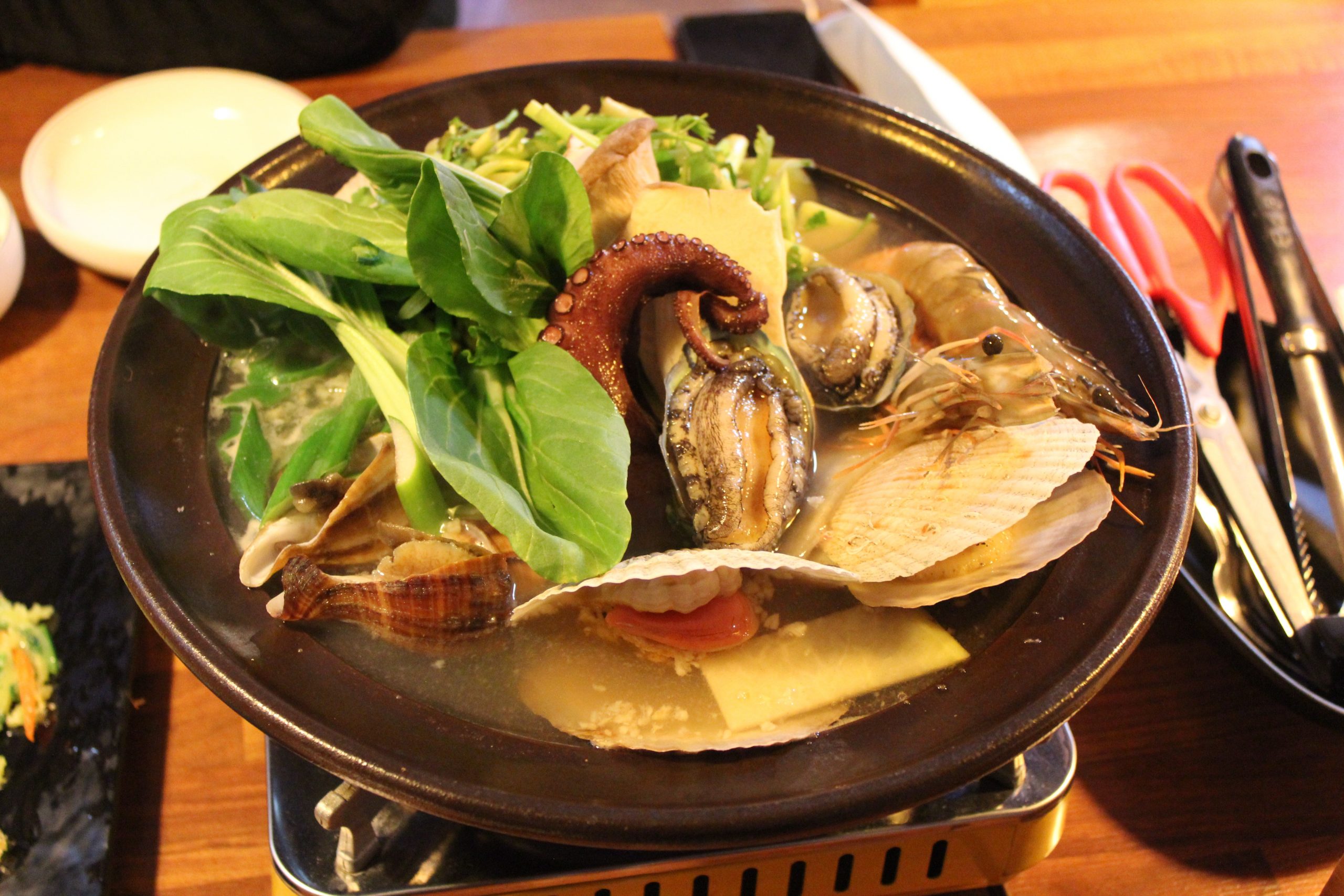 Every culture has bizarre food. South Korea is no exception. Here is a comprehensive list of the most notably bizarre and controversial Korean dishes. Try them if you dare!

First, we know Asian culture specializes in seafood. This includes cooked, smoked, and unfortunately raw. The first dish on our menu is Gaebul or live spoon worms. Spoon worms are found more often than not in Korean fish markets. They look like this: 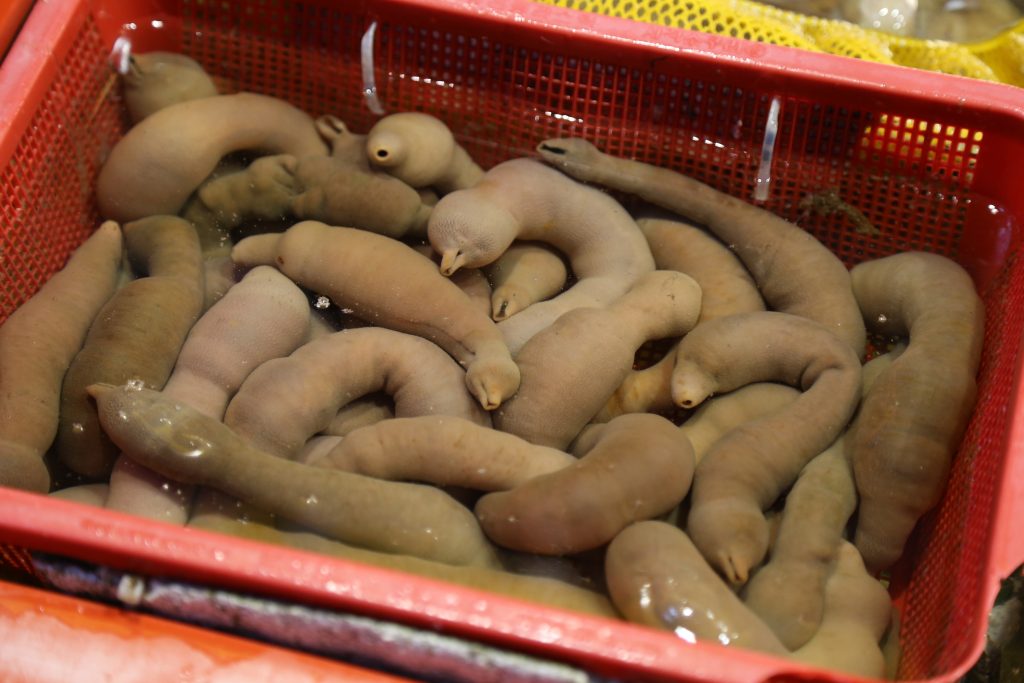 Served as bite-sized pieces Gaebul wiggles around the dish just waiting to be eaten. Most likely served with sesame oil, the flavors of Gaebul are similar to those of clams. I found that it tasted like a chewy tube full of saltwater—fun fact: spoon worms are aphrodisiacs.

Secondly, another bizarre seafood option on this list, are you surprised? Sannakji is one of the most famous controversial and bizarre seafood delicacies on the planet. Sannakji means live octopus: 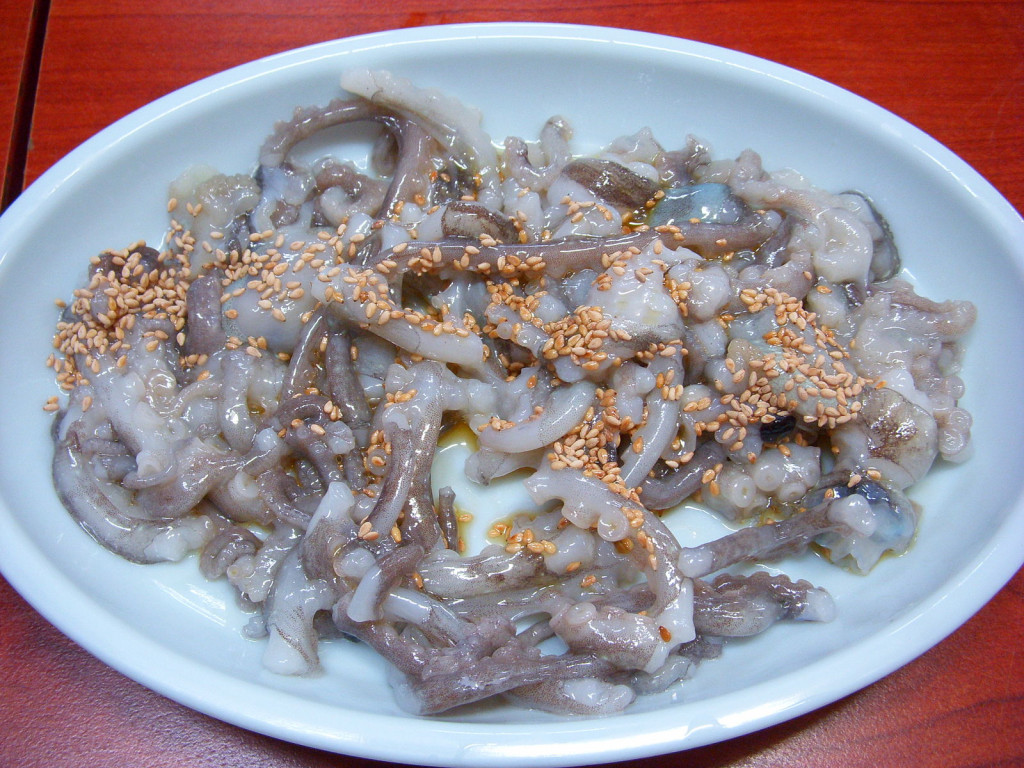 The most common way to eat this food is in bite-sized pieces, but only the truly brave swallow them whole. 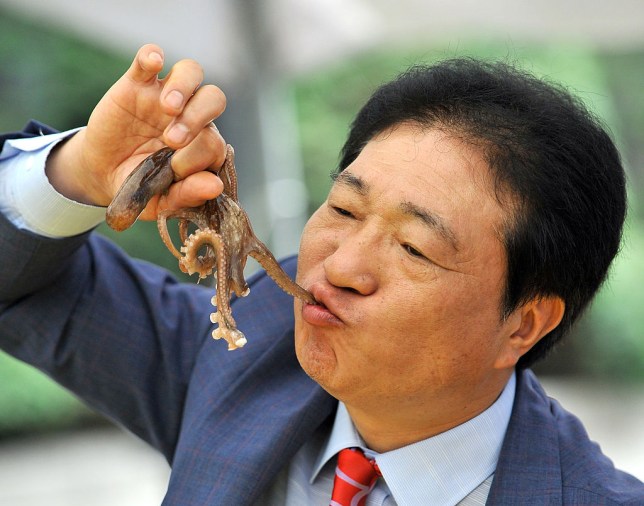 Due to the fact, the octopus is live; there is a certain amount of danger with consumption. The suckers, even when cut, continue to function. The sesame oil and sauces served with the dish help prevent them from sticking to your throat. However, around five cases every year reveal people choking on the octopus.

Thirdly, just like England, is home to black pudding, Korea is home to blood sausage or Soondae. The main ingredients of Soondae are Dangmyeon, rice, and pig’s blood. Add-ons are barley, squid, or dried pollock. 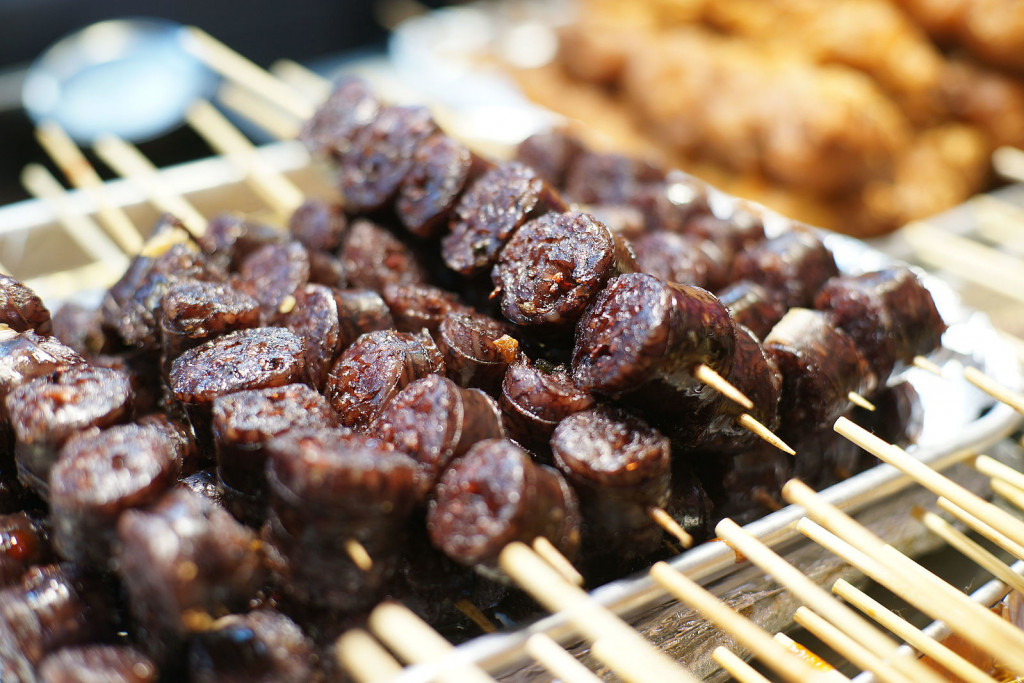 You can find Soondae all over markets and at street carts. The sauce served with Soondae makes the dish quite spicy. Each region of Korea makes it differently, but they are always chewy and soft. If you enjoy this delicacy after trying it, the next step has it in a stew. Soondae-guk is Soondae and innards in a spicy broth.

Next, this seafood dish is more bizarre based on smell rather than appearance. Skate is a type of fish, looks similar to a ray that naturally secretes uric acid through their skin. 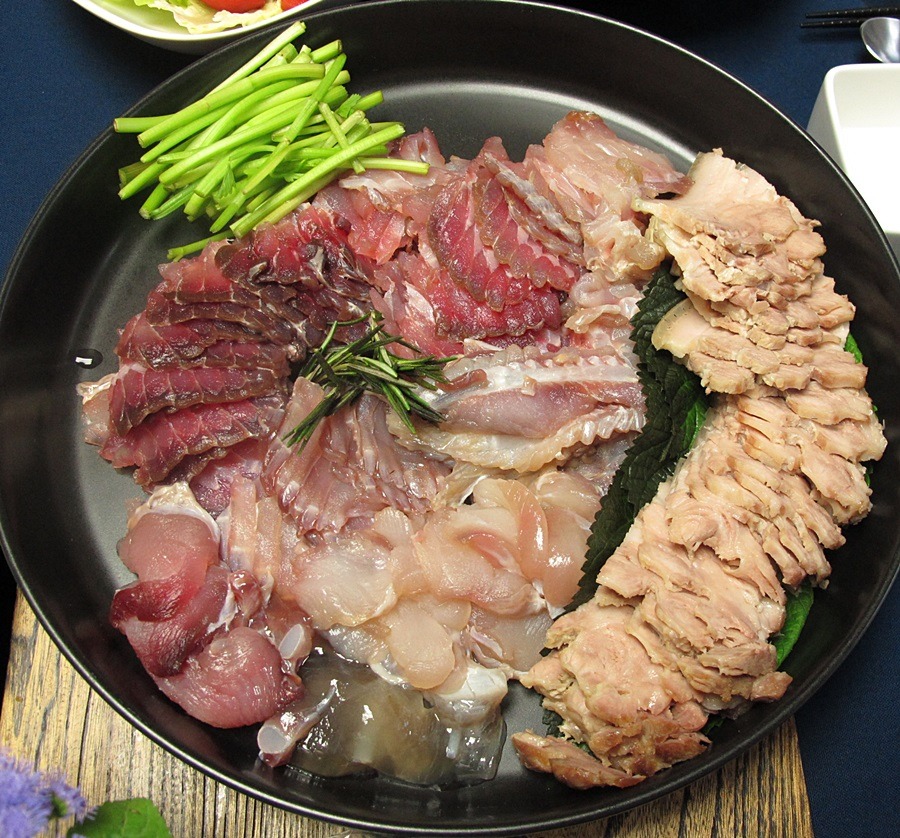 In other words, by fermenting the skate, the uric acid turns into ammonia that activates human gag relaxes. To avoid gagging, we recommend you breathe through your mouth. So, try hongeo with some Makgeolli and kimchi.

To clarify, Neurotoxic pufferfish is an expensive delicacy. You can find pufferfish in Korea as well as countries like Japan. However, unlike the license needed in Japan to cook and prepare Fugu, Korea’s Bokjili has much fewer rules. Also, it has a less expensive price tag. 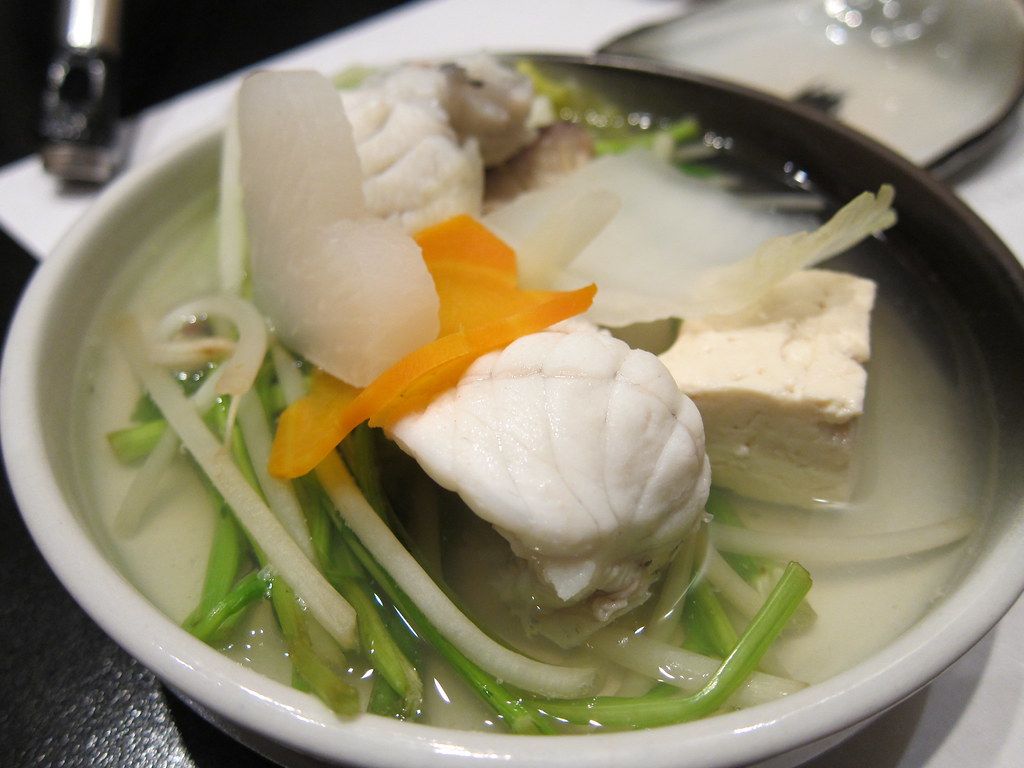 The most common way you will eat Bokjili is in a broth with blowfish meat, herbs, and peppers. The blowfish is light in texture and is compared by many as a “cotton candy” like puffiness.

Next, another raw seafood option! Gejang is such a popular dish in Korea that the Ganjang Gejang Alley in Seoul dedicates itself to the delicacy. As of today, there are two types of Gejang:

The crab of choice for making Gejang is softshell baby crab. It is common to see people putting the rice and gravy into the shell when done the meat to finish eating their meal. To clarify, the meal is said to be too spicy, so it’s perfect for people who like a little bit of tang.

Next, the number two most bizarre food on our list is silkworm pupae or Beondaegi in Korean. Beondaegi is a “roasty, juicy, buggy flavor combination” that awakens your body. Often served with alcohol, Beondaegi is steamed silkworm pupae in a cup of silkworm juice. Beondaegi is a street food meal, served by most vendors across Korea. It is available for purchase as cans in local convenience stores.

Before we get to our number one pick, here are some: 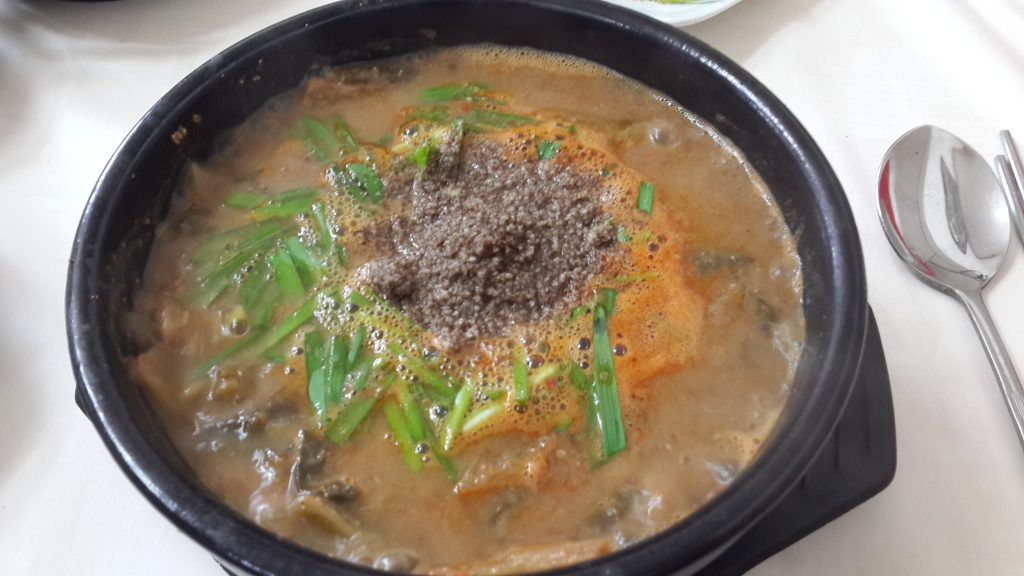 Firstly, Chueotang is made by grounding an entire mudfish, bones and all, and cooking it in a broth, most commonly to patients with high blood pressure and obesity issues. 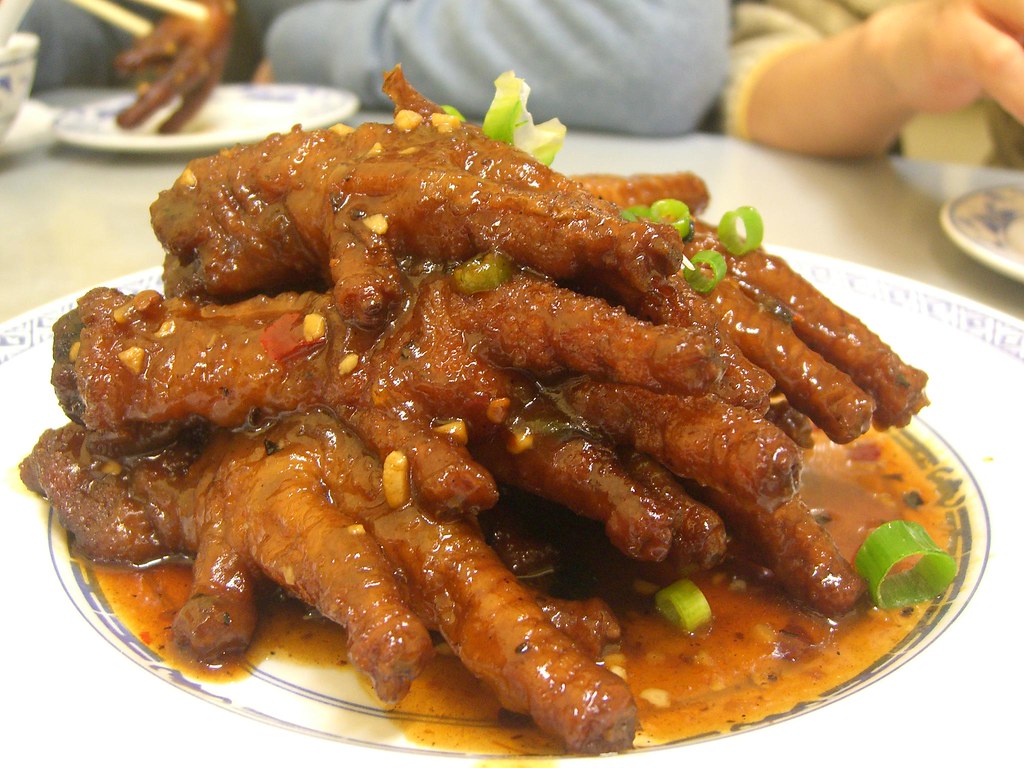 Secondly, Dalkbal, or chicken feet, has long been a staple in many world cuisines. The feet are steamed, grilled, boiled, or fried and drowned in a thick, fiery sauce. 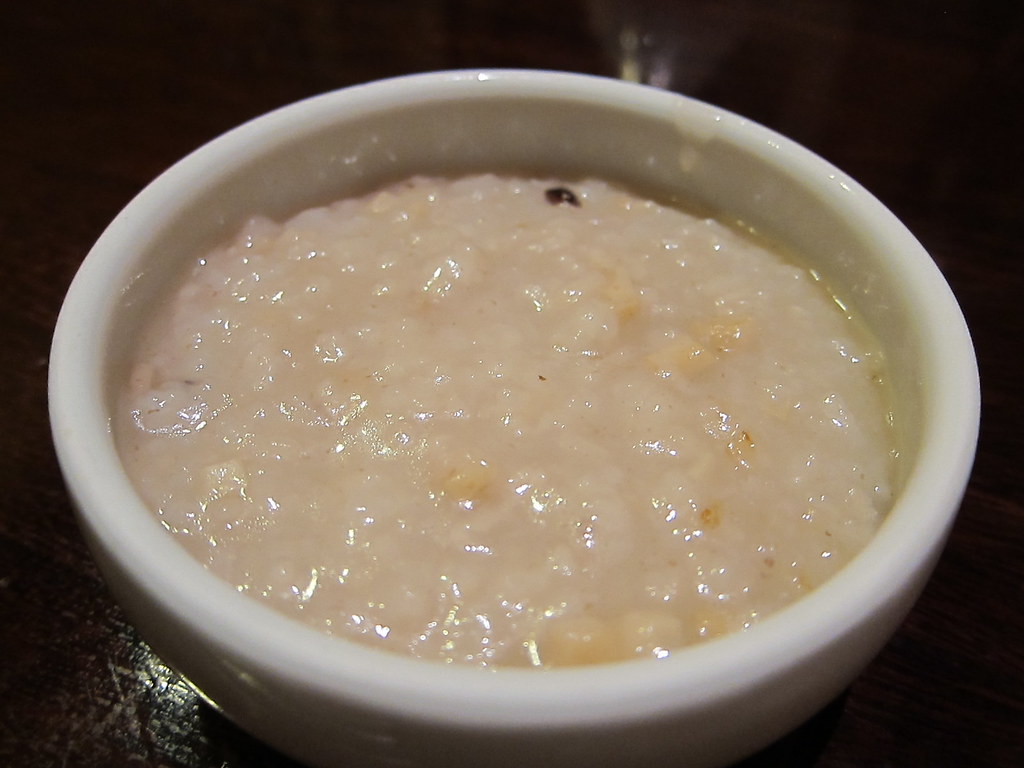 Thirdly, Tarakjuk, or milk porridge, is a traditional Korean food. Tarakjuk is made by boiling milk and finely ground rice in water.

Finally, our number one choice for the most bizarre and controversial Korean delicacy:

The practice of eating boshintang is no longer as widespread as it once was in the past. The number of restaurants serving boshintang goes down each year as awareness spreads. To clarify, most Koreans are appalled by the fact that selling dog meat is still legal, and many animal rights groups are gaining traction to outlawed dog meat consumption in Korea.

Therefore, many modern restaurants keep the meal but replace the traditional dog meat with chicken or beef. However, boshintang is still in specialty restaurants around Korea (both the conventional and updated version). In tradition, you eat “Invigorating soup” on “dog days,” or the three hottest days of the lunar calendar. In summary, the taste is like roast beef with a little more grease and fat.

Finally, we hope we sparked an interest in your adventurous diet! Then, head over to Kworld Now’s Culture Blog for more exciting articles on Korean food or watch the video below about delicious Korean street food that you should never miss!

Hyolyn in 2022: The Admirable Epitome of ‘Silver Lining’