4 Reasons to Watch the Fantastic “Nevertheless” on Netflix

2021 has offered a variety of unforgettable K-dramas, especially Nevertheless. Together, let’s check out four reasons to watch Nevertheless on Netflix!

But as a disclaimer, there might be some spoilers! 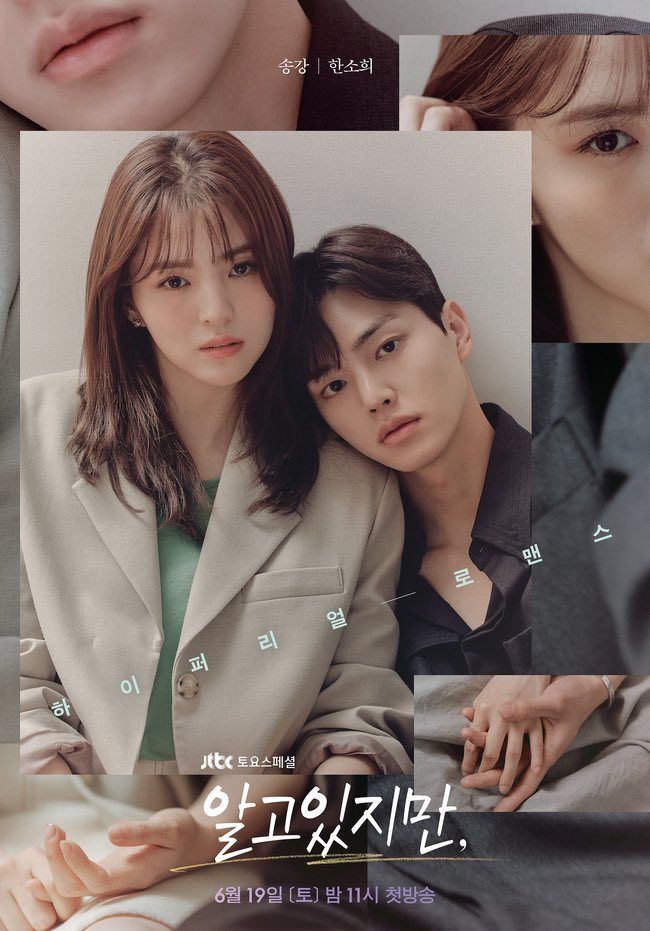 This highly-anticipated Korean drama aired on JTBC and began streaming on Netflix on June 19, 2021. Nevertheless shares the perspective of Yoo Nabi (Han So Hee), an art student in her final year of university. She doesn’t believe in love anymore, especially after being completely heartbroken from her first love. However, meeting Park Jae Eon (Song Kang) sparks something new inside her heart. The two become closer and life becomes quite interesting… Until Yoo Nabi’s childhood friend, Yang Do Hyeok (Chae Jong Hyeop) enters the picture—the guy who’s loved her since the beginning! So now, let’s dive right into the four reasons to watch Nevertheless on Netflix.

Amazing On and Off-Screen Chemistry

On screen, Yoo Nabi and Park Jae Eon share amazing chemistry, even from the moment they first meet. Their cute and flirtatious banter creates an inviting and swoon-worthy experience for fans as they cheer for this couple. Of course, the alluring on-screen chemistry doesn’t stop there! Off-screen, Han So Hee and Song Kang exhibit the cutest chemistry, especially behind the scenes in between shoots.

Watch this adorable behind-the-scenes video from episode one:

You’ll be wondering if it’s all entirely acting, from the natural flirting to the cute laughs they share! Off-screen, you can tell that Han So Hee and Song Kang are pretty comfortable with each other. Not to mention they’re the same exact age! If this isn’t a great reason to watch Nevertheless on Netflix already, then I don’t know what is!

As Yoo Nabi’s past and present lives collide, she finds herself in an inevitable love triangle. When Park Jae Eon and Yang Do Hyeok finally cross paths, it makes it more challenging for Yoo Nabi to decide who she likes more. Flirty and smooth Park Jae Eon? Or kind-hearted and sweet Yang Do Hyeok? Honestly if I were her, I wouldn’t know who to choose, either! What are your thoughts?

Another amazing reason to watch Nevertheless is because of the young cast. This drama introduces many new actors and actresses that are either new to the industry, or have recently started out. Since many of them are around the same age, it also builds a comfortable environment on set. Song Kang even admits it’s been a while since he could act with people his age during the script reading. However, that’s what makes this particular K-drama that much more special! They’re able to build a bond that’s amazing on screen and off. When the camera is rolling, their jobs are a lot easier when they can act more naturally and enjoy themselves within the scene.

Watch the video from the script reading session below (with English subtitles)!

Through this remarkable drama, most of the cast members have found their breakthrough roles. We begin watching for Han So Hee and Song Kang, but we leave enjoying the performances from the others! Yang Hye Ji became well known for her role as Oh Bitna, Yoo Nabi’s best friend. Fans quickly fell in love with her charm, sassiness, and her carefree personality. Lee Ho Jung, who plays Yoon Sol, also gained a lot of popularity. She not only portrayed a complicated character, but she also carefully studied her role to perform it in the best way possible.

Even Han So Hee and Song Kang have been rising to fame, especially throughout 2020 and 2021!

The artists featured on the original soundtrack for Nevertheless—similarly to the young cast—are new, yet super talented! From Sam Kim to RIO, this OST will give you all of the feels. Many of the songs on this original soundtrack are quite versatile: some are upbeat, while some are slower. And what’s interesting is that all of these songs illustrate the feelings and emotions Yoo Nabi experiences throughout the drama! This OST also has a range of songs in English, Korean, and a mixture of both.

Even if it’s sung in a language you may not understand, the singer’s voice holds so much emotion—you won’t regret listening! This is also an incredible reason to watch Nevertheless. It makes you feel like you’re living in Yoo Nabi’s world along with her!

You can find the playlist below to listen to this beautiful OST!

Directed by a Woman

One of my favorite reasons to watch Nevertheless is because it’s directed by a woman! Many Korean dramas in this industry are mostly directed by men. Although their dramas are also amazing, it’s refreshing to see more female directors creating their own pieces of art! The director for Nevertheless is Kim Ga Ram, who takes on a new perspective while filming her drama. The way she introduces her characters in this drama is realistic.

If you’re a huge fan of K-dramas, you’ve probably seen the many tropes that are quite unrealistic. Things that’ll make you say, “that doesn’t happen in real life!” However, Director Kim makes sure to work closely with the actors and actresses to perform accurate portrayals. Especially when it comes to romance and university life!

Kim Ga Ram also touches upon topics that are not often talked about or exhibited in Korean dramas as much. This includes having two female characters falling in love with each other, which is an incredible way of representing the LGBT community.

Courtesy of The Swoon

The love triangle between Yoo Nabi, Park Jae Eon, and Yang Do Hyeok is an important element to Nevertheless. Many fans also fell in love with the story between Yoon Sol (Lee Ho Jung) and Seo Jiwan (Yoon Seo Ah). The more you get to learn about their reciprocated love for each other, the more you’ll cheer them on!

So there you have it: four reasons to watch Nevertheless on Netflix! From the electrifying chemistry, the talented young cast, beautifully sung OST, to Director Kim Ga Ram, Nevertheless is such an admirable K-drama!

Have you enjoyed reading about Nevertheless on Netflix? Let us know!

5 Amazing Korean Beverages You Must Try