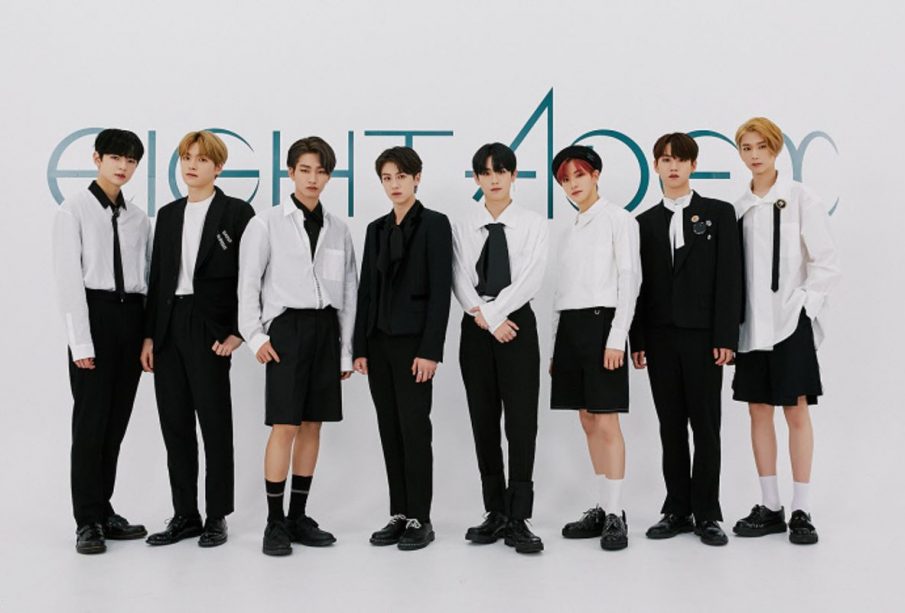 In the K-pop jargon, the definition of ‘rookie’ is a little bit confusing. First, idols or groups that have just debuted are considered rookies. But also, that label can be kept until they release a second album or win awards. So, do not be shocked if you see two-year-old groups still being referred to as rookies.

For this post, we only took into consideration idols/groups that made their debut in 2021 and made quite a decent impact in the K-pop industry. Compared to more experienced singers, rookies are not bashed when they make mistakes. For example, poor stage presence, poor performance, bad lip-syncing…; which is understandable as they are new.

All of the following fledgling artists have released at least one project this year. Because of the pandemic, there are fewer concerts. Digital sales, physical sales, number of views on YouTube are now the real springboard for rookies to move up a gear.

It goes without saying that this list is not exhaustive. 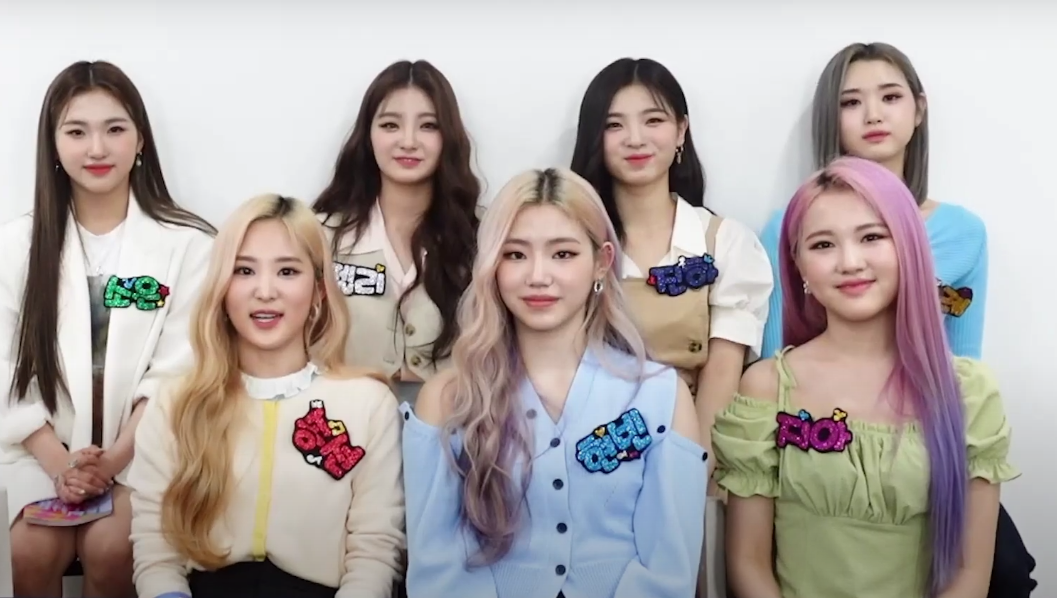 With, Songsun, Kelly, Jinha, Hyunbin, Jia, Soeun, and Mire, Tri.be is a seven-member girl group formed by TR Entertainment and Universal Music Group. The group’s name is unique. Tri.be is a combination of ‘Tri’, an abbreviation of ‘Triangle’, which is a symbol of perfection, and ‘Be’, which means existence, and has the meaning of ‘perfect existence’ or ‘perfect being’.

They made their debut on February 17th, 2021 with Da Loca, a single album with two songs. After the success of the album, they continued with 4 other projects.

In May, they released their second single album Conmigo.

On October 12, they released their first EP Veni Vidi Vici.

On November 25, 2021, Tri.be released a winter single titled Santa For You.

In December, for the upcoming Cartoon Network series, We Baby Bears, the group released four different versions of The Bha Bha Song, in English, Korean, Japanese, and Chinese.

They were nominated for the Asia Artist Awards, Brand of the Year awards, and Seoul Music Awards. 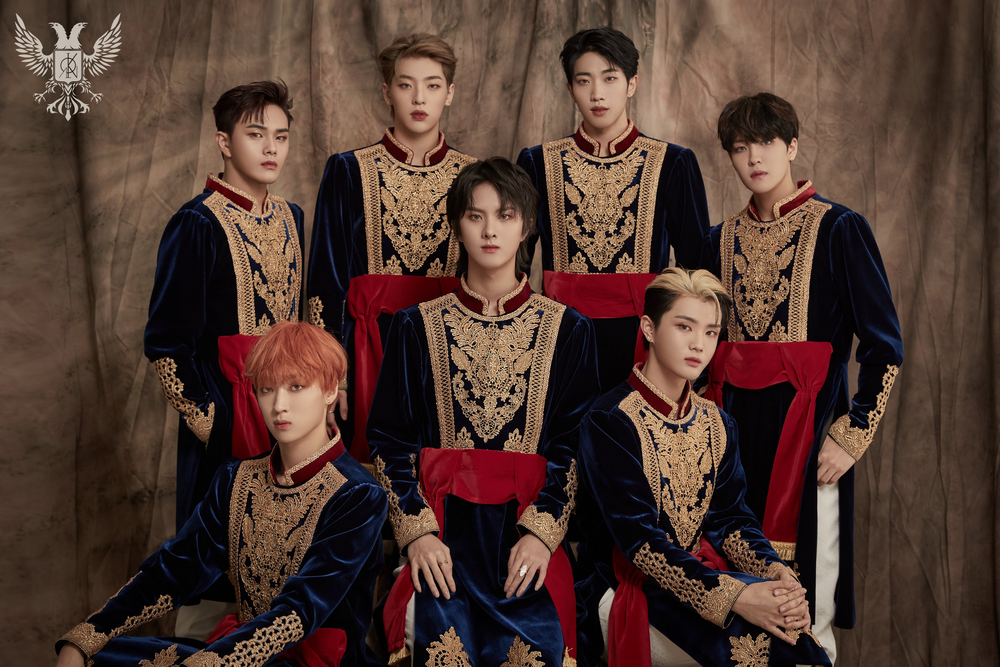 With Dann, Arthur, Mujin, Louis, Ivan, Jahan, and Chiwoo, KINGDOM is a seven-member boy group under GF Entertainment. They debuted on February 18, 2021, with their first mini-album History of Kingdom: Part Ⅰ. Arthur. The ‘cool’ part of this group is that they each represent a king in history. Consequently, as you may have already guessed, their debut album was about the story of King Arthur.

In July, the second album was out:  History of Kingdom: Part Ⅱ. Chiwoo. This one was about Chiyou, who is a mythical character of Ancient China. He was also considered a god of war before the reign of the Han dynasty began.

In October, third album with History of Kingdom: Part Ⅲ. Ivan. He was a sovereign reformer who modernized Russia and is sadly known for his cruelty and the many atrocities he committed during his reign.

Earlier in December, they received the ‘Focus Award’ at the 2021 Asia Artist Awards.

KINGDOM has brought up an interesting concept and we are eager to see the development of the other kings’ stories in 2022. 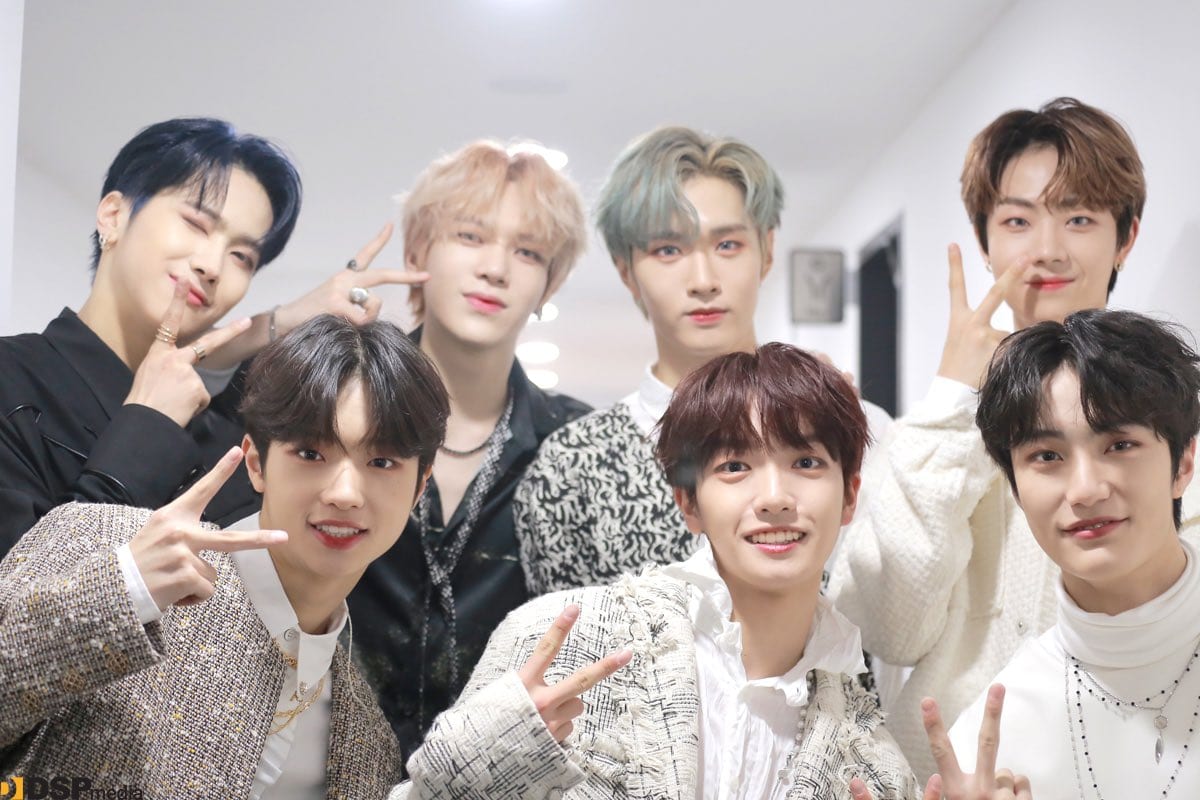 MIRAE is a new South Korean group under the label DSP Media. It is made up of 7 members: Lien, Lee Jun-hyuk, Yoo Dou-hyun, Khael, Son Dong-pyo, Park Si-young, and Jang Yu-bin. They officially debuted on March 17, 2021, with their first EP: KILLA.

Some K-pop fans found MIRAE’s concept photos awesome and full of visuals. After they released ‘KILLA’, fans considered it the best debut of the year (back then).

HOT ISSUE is a South Korean group with 7 members under S2 Entertainment. There are Mayna, Nahyun, Hyeongshin, Dana, Yewon, Yebin, and Dain. The name of the band is a combination of the words “Honest, Outstanding, Terrific” and “ISSUE”. We can easily guess how they want to be perceived by K-pop lovers, through the amalgamation of the three adjectives + the acronym.

They debuted on April 28, 2021, with their first EP ‘Issue Maker’. For a more effective promotion, they released the music video for Gratata. What struck us is all seven of them rapped on the song. In the long term, they can be viewed as one of the rarest rap-centric groups in K-pop.

If you are a fan of good music, you’ll love their EP. There are five sings, five bops; which is paramount as a new group. 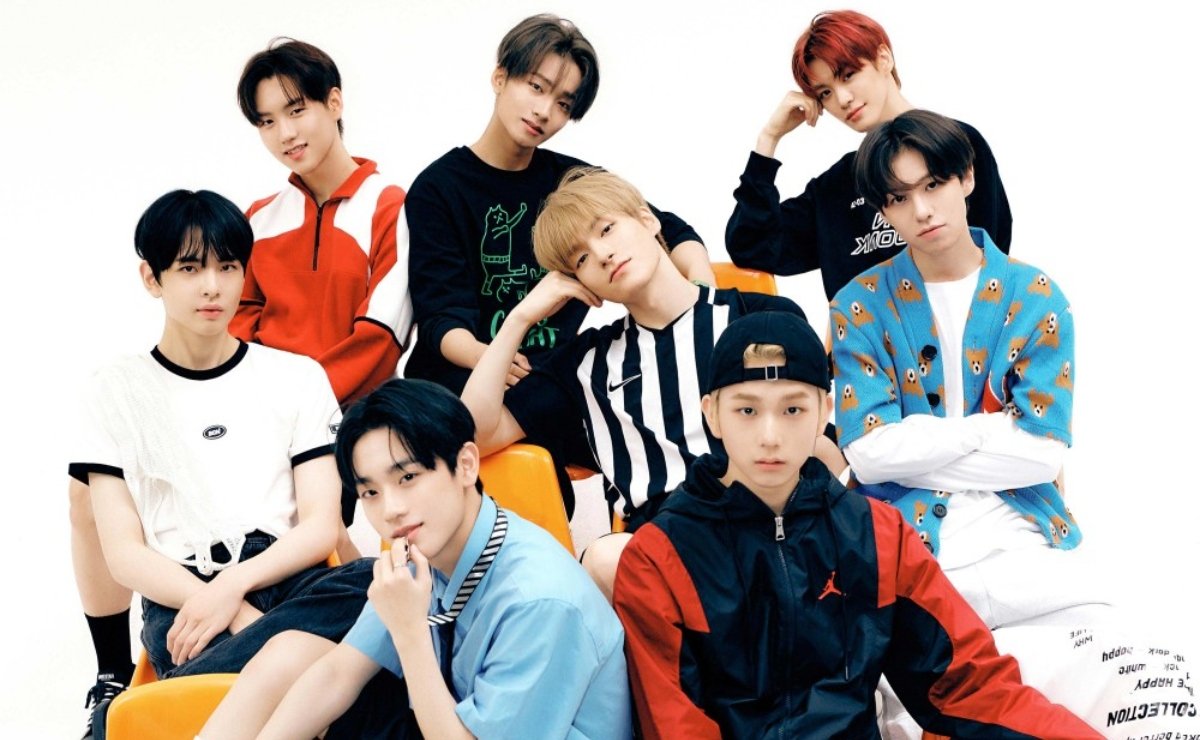 The group’s name, EPEX, is a compound word, with the number 8, and Apex, meaning the peak. Logically, it is an eight-member boy group under C9 Entertainment. The group consists of: Wish, Keum, MU, A-Min, Baekseung, Ayden, Yewang, and Jeff. In June, they made their debut with their first EP Bipolar Pt.1: Prelude of Anxiety. On the lead single Lock Down, we can notice the importance of their lyrics. Here’s an excerpt: ‘Walking a tightrope between envy and jealousy, the smell of dearth, breath in the cruel lambs, all competing, getting jealousy and hatred spreading widely like Covid’.

In October, the second EP Bipolar Pt.2: Prelude of Love was released. In comparison with the first EP, on this one, EPEX showed their more fun side. The lead single Do 4 Me is catchy and way more rhythmic. It makes sense. This was the best way to mark the difference between love and anxiety. 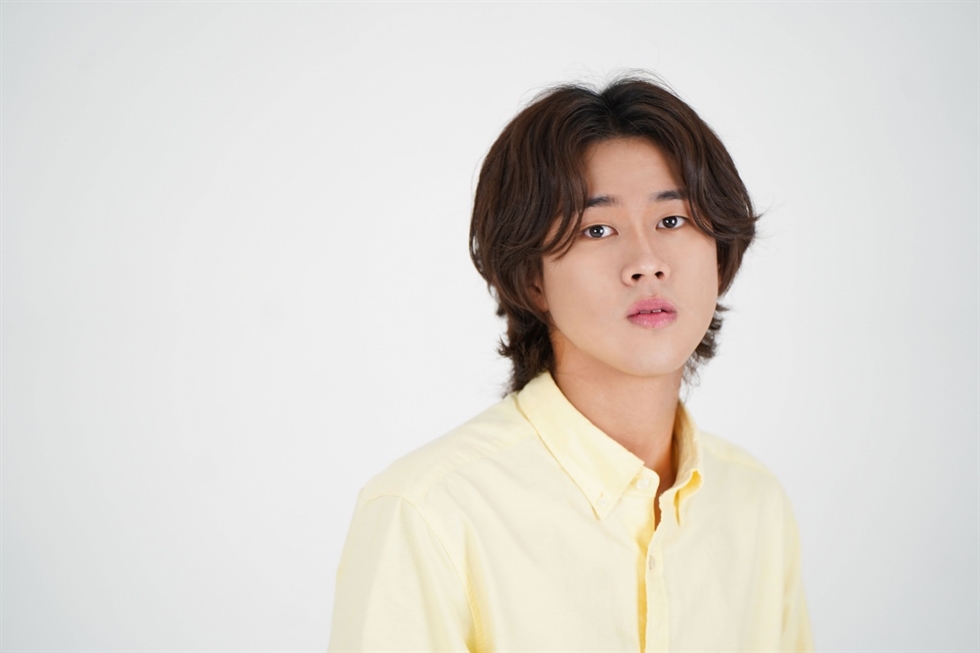 Lee Mu-jin became a little bit popular in 2020 on the music audition show Sing Again in 2020. He finished in 3rd place. On his jazz/folk single ‘Traffic Light’, he reflects on the difficulty of making decisions. The title is felicitous because there are moments you want to stop (red), go (green), or proceed with caution (yellow). There are so many ‘rules’ you have to follow when you live in society. He also talks about the boundaries that exist in society such as money, relationships, and so on. In a nutshell, Lee Mujin perfectly describes the way young adults feel as they dive into the grown-up world. 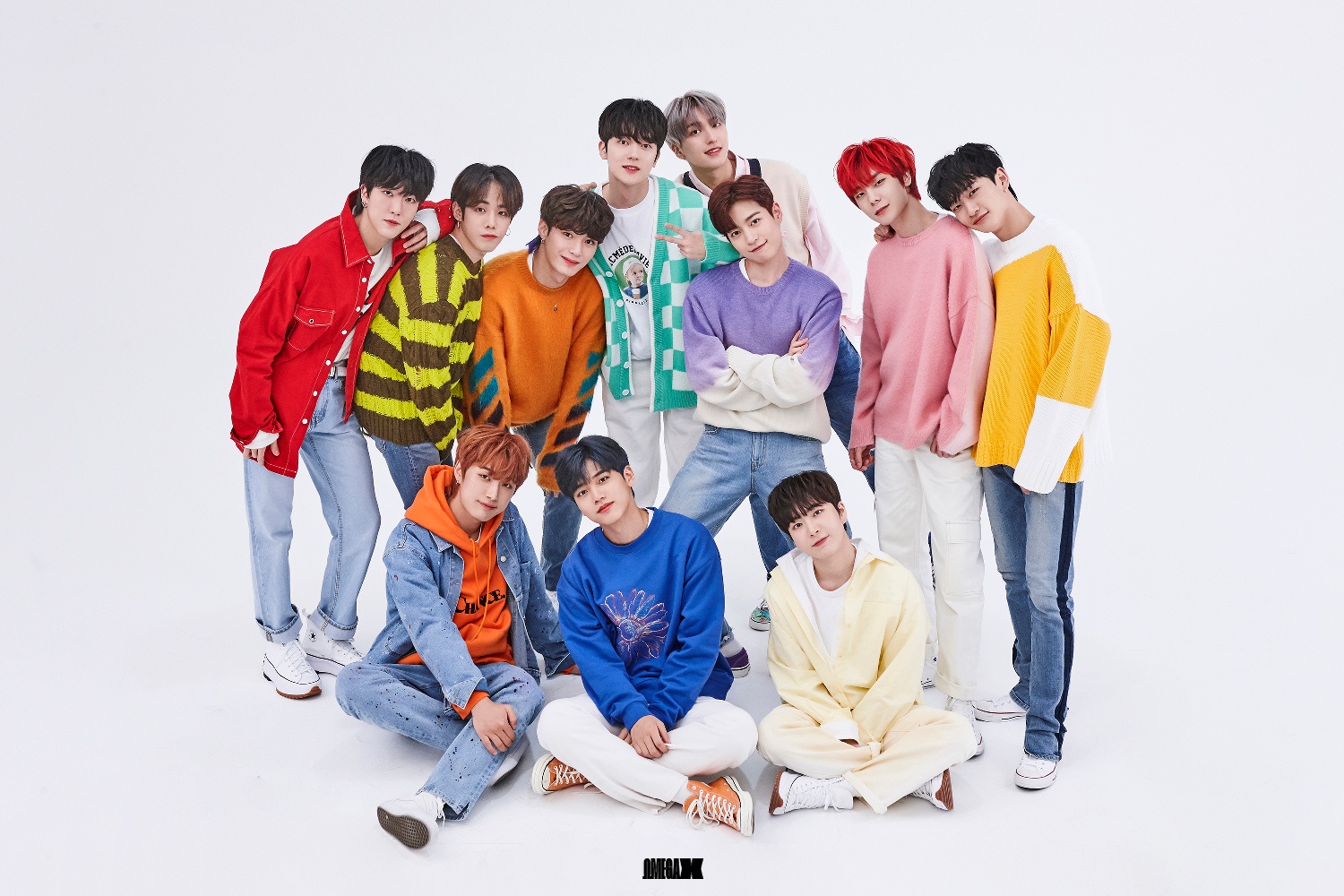 OMEGA X is an eleven-member boy group under Spire Entertainment. The group consists of: Jaehan, Hwichan, Sebin, Hangyeom, Taedong, Xen, Jehyun, Kevin, Junghoon, Hyuk & Yechan. Their particularity is that, unlike most K-pop groups, they all are considered leaders.

In June, they made their debut with the EP Vamos. The four songs on the project have different vibes, disparate moods; which low-key shows their versatility.

Their voices are terrific. Their rapping styles are tremendous. The choreographies on their videos are awesome. 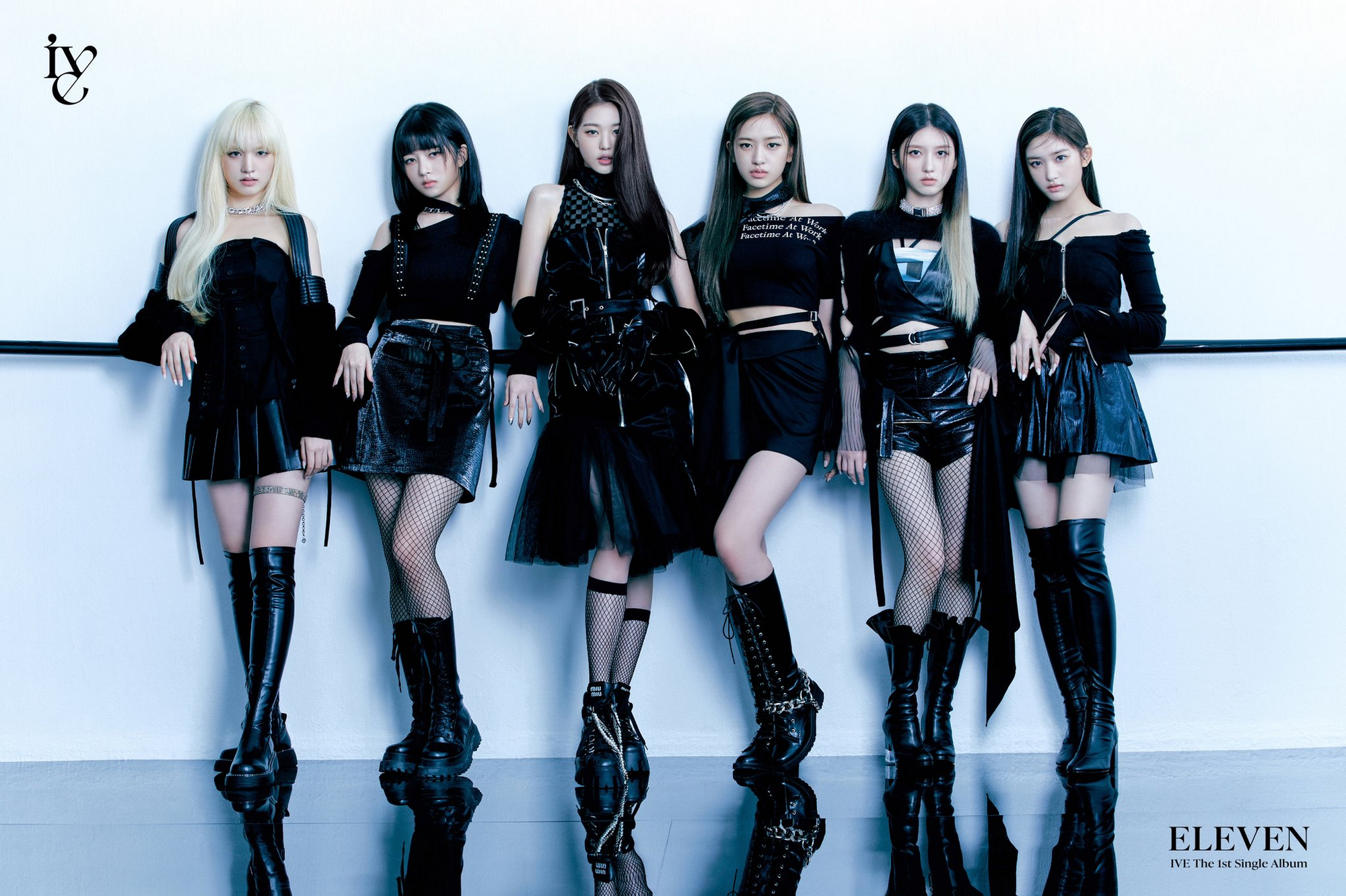 IVE is a 6-member girl group under Starship Entertainment. The group currently consists of Yujin, Gaeul, Rei, Wonyoung, Liz, and Leeseo. ‘IVE’ is just short for ‘I Have’. The group made their debut recently, on December 1, with their first single album Eleven.

At the time of writing, they have 2.5m monthly listeners on Spotify, are charted on Apple Music, close to 1m subscribers on YouTube (with 712k). Their debut is epic.

This year, all rookies were phenomenal. It is quite hard to believe they are rookies. They are very good. In addition, the power, the poignancy of their lyrics is ridiculous. We hope they all have a flowery path and a bright future ahead.

Feel free to read more on our K-pop and Music categories.