While everyone talks about the success BTS has achieved in the music world, many forget that it isn’t just BTS reaching those successes. In fact, many seem to forget that there is a certain reason for specific successes—certain opportunities don’t just fall into the groups’ laps without a little nudge at the right time.

Not only have BTS grown past the borders of South Korea, but their once small company has reached its own success along the way. Now coined HYBE Corporation, BTS’ company has transformed in more ways than one. It has expanded across the globe and become one of the most influential entertainment companies in South Korea.

How did they do it?

When searching for information on BTS’ company, you might come across the various names it has held. Until March 2021, HYBE was branded as BigHit Entertainment (this was the company name when BTS debuted). Many fans will still refer to BTS’ company as BigHit.

Further, when the company rebranded to HYBE in 2021, they also announced their subsidiaries. They have multiple subsidiary labels underneath HYBE, including the major one BigHit Music (which is now BTS’ main label), BeLift Lab (a joint label with CJ E&M), Pledis Entertainment, Source Music, KOZ Entertainment, and ADOR. More recently, HYBE even acquired the major US-based label Ithaca Holdings.

When the company transitioned from BigHit to HYBE, they relocated to a freshly-built, 19-story building (complete with large dance studios, floors dedicated to specific things [i.e., the gym floors], and more than enough studios and offices to go around). Further, on the bottom floor of this building is a museum called HYBE Insight—it’s a museum the public can visit with paid entrance, detailing different things from the idols and groups HYBE has.

At first, BigHit focused on managing groups that were already established (such as 8Eight) or ones that were jointly managed with other companies (such as 2AM). In 2010, five years after the company’s creation, they signed the first member of BTS (leader RM).

With their debut in 2013, BTS was the only debuted group from and for BigHit Entertainment. Another name to mention is Lee Hyun. Lee Hyun originally came from the group 8Eight. In 2010, Lee Hyun joined forces with Lee Chang-min from 2AM to form the duo Homme. 8Eight ended up disbanding in 2014 and Homme ended in 2018. Despite this, Lee Hyun is still with BigHit as a soloist today.

In 2019, BigHit Entertainment finally debuted their second official boy group—Tomorrow X Together (TXT). From here, the company’s growth reached a rapid level. They started acquiring other labels and major companies, expanding further in and outside of South Korea. This eventually led to their rebranding into HYBE Corporation in 2021.

Though they weren’t initially part of the Big 3 Korean entertainment companies, HYBE has now surpassed some of their incomes—in 2021, HYBE surpassed 1.26 trillion Korean Won (which is just over $1 billion USD). It was the first year for the company to surpass this milestone.

You can view their full financial reports on their website here.

This is a 58% revenue increase from 2020. However, when you start looking at their numbers from the earlier years, the growth of their revenue is pretty insane. Be sure to check out HYBE’s official financial reports on their website to get the most accurate information.

BigHit Entertainment at the Beginning

In 2007, prior to BTS, BigHit Entertainment almost went bankrupt. With only two years under their belt, BigHit was struggling quite immensely financially. So much so that the company almost didn’t survive. But they got through it, thankfully.

By the time BTS were signed as trainees, BigHit occupied a small building in Seoul. In the building, BigHit had a few floors but the other levels were occupied by other companies.

If you visit the building today, you might notice that fans have taken to… sharing their love and appreciation for the space. While it is considered vandalism, fans have left messages on the walls of the building.

Most of this comes from the lack of funds for promoting their artists. If they’re not a big company, they won’t have nearly the same level of funding to provide to their artists—meaning they’ll make fewer albums, they’ll appear on fewer reality shows, they’ll have less time on music shows, and more. Another reason for this comes from the lack of media attention. If a company doesn’t have enough funds to promote their idols, then the media won’t care. If a group or idol isn’t properly being promoted or has a ton of fans, the media won’t be interested in them the same way they would be for groups that have thousands or millions of fans.

The truth: when BTS first debuted in 2013, they were nobodies. As rookies, they were given only a small portion of attention—music stages, reality show appearances, and perhaps a mention by a Korean celebrity. Not many people knew or cared about BTS—in fact, the group was often disrespected by those in the K-pop world (and those not in it—a 2013 interview with members RM and SUGA showed the two rappers being “interviewed” by other known rappers and artists. They endured disrespectful comments about their image, their music, and their involvement in K-pop in general; they were told that they weren’t hip-hop enough).

One major instance that fans have continuously brought up is the 2016 Busan One Asia Festival that took place in October of that year. BTS was set to perform last. Even though they were missing their leader—RM was, unfortunately, unable to perform—both BTS and ARMY highly anticipated the performance. Unknown to fans at the time, the cameras were shut off prior to BTS’ performance, effectively cutting the group from the show. They performed atop the ending confetti for the ARMY that attended the show despite not technically being a part of it anymore.

Another instance is the 2016 Melon Music Awards (MMA) Black Ocean that the group received after earning their first Daesang for Album of the Year. A Black Ocean is a kind of boycott from K-pop fans in the crowd of events. Typically, fans will leave their lightsticks on throughout the entire event and show support to other artists. If an artist does something bad enough, it might grant them a Black Ocean in return—the fans will turn their lightsticks off and sit in silence as the artist performs.

The 2016 Black Ocean is said to have occurred because the group beat out the other groups from the Big 3 companies. Many fans of those groups didn’t believe BTS could truly beat those from the Big 3 and that they had to have cheated. (They did not, BTS was just starting to gain major attention in 2016).

The Growth of BigHit Entertainment to HYBE

As mentioned, when BTS started to gain recognition and fame so did BigHit. Starting with their first Daesang in 2016, BTS was becoming a more noticeable name for a lot of people. And in 2017, after their appearance at the 2017 Billboard Music Awards (BBMAs), the group gained a lot of traction on the international scale.

As shown in the growth of their buildings, BigHit was evolving as well. Not only were they getting better buildings and better funds, but they were also starting to gain attention from the other entertainment companies. They started to be seen as competition, not just another small company that couldn’t do much against the Big 3.

And they continued to grow until they could build their own 19-story building for themselves, rebranding into HYBE Corporation to show just how far the company has come. It’s crazy to imagine that this company went from a few floors in a shared building to their own freshly-built, high-rise building.

What played a major role in HYBE’s growth?

In a 2022 interview with TIME, BTS and Bang Si-hyuk discuss the success of HYBE and its relation with the group. They discuss the future of HYBE and what BTS has helped with. You can read that article here.

In a 2019 interview with TIME, Bang discusses how he feels BTS reached their success in South Korea and on an international scale. Though he says it’s mostly because BTS stayed true to themselves and spoke on issues that meant something to their audience, he also attributed some of their success to luck. You can read that article here.

The Changes that Came with Success for HYBE

Of course, we’ve already briefly discussed the changes that came with BigHit Entertainment’s growth to HYBE Corporation, but do you truly know the outreach the company has?

Not only does HYBE have their main branch in South Korea, but they also have branches in the US and Japan (the Japan branch is actually gearing up to debut a Japan group soon). Further, the company has their own social platform—Weverse—that they created to connect fans with artists in a better way. Lastly, with all of the unique merchandise from their groups, the company also dips into the education realm (see: Learn! Korean with BTS).

Between changing buildings, expanding into other industries, and other related changes (including the change of CEO and company heads), HYBE truly turned a new leaf when it rebranded in 2021. 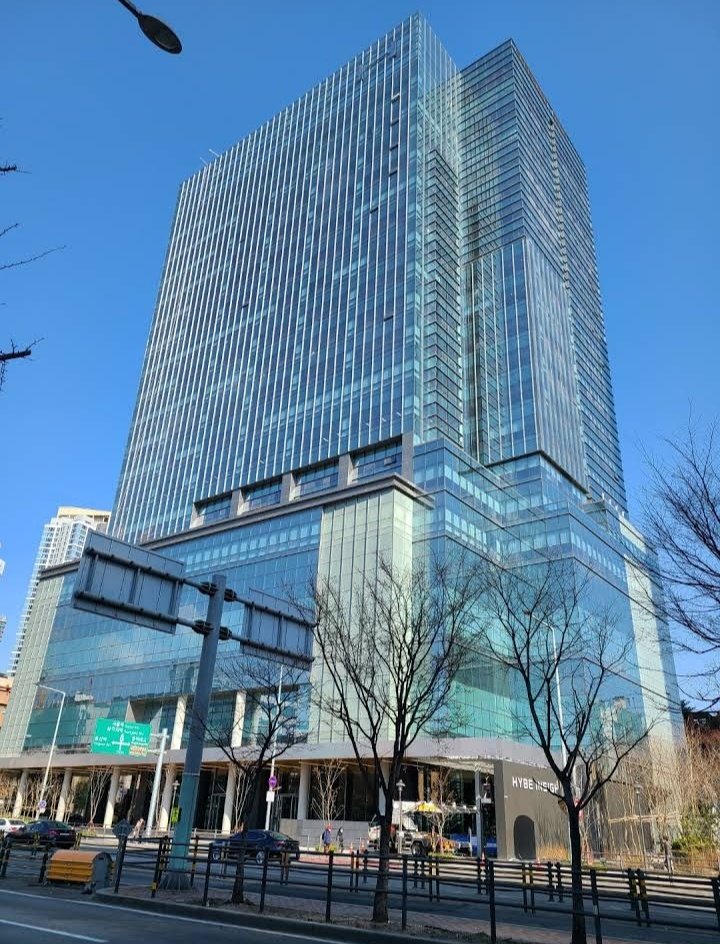 If you’ve been following the growth of HYBE, it’s been quite the wild ride—from nearly bankrupt to powerhouse company within nearly a decade. And it’s only expected to grow more as the years go on. Further, if you want to read more about BTS or the company behind them, stick around for the week as we explore different topics relating to the group in celebration of their anniversary!

Feel free to look at our K-Pop Category to see the latest blogs about BTS and other idols. Also, be sure to check out the blogs we wrote last year for BTS’ eighth anniversary!

The Beginning of BTS: BTS’ Origin Story to Their Powerful Debut in ...

From Rags to Riches: BTS’ Growth in 9 Years